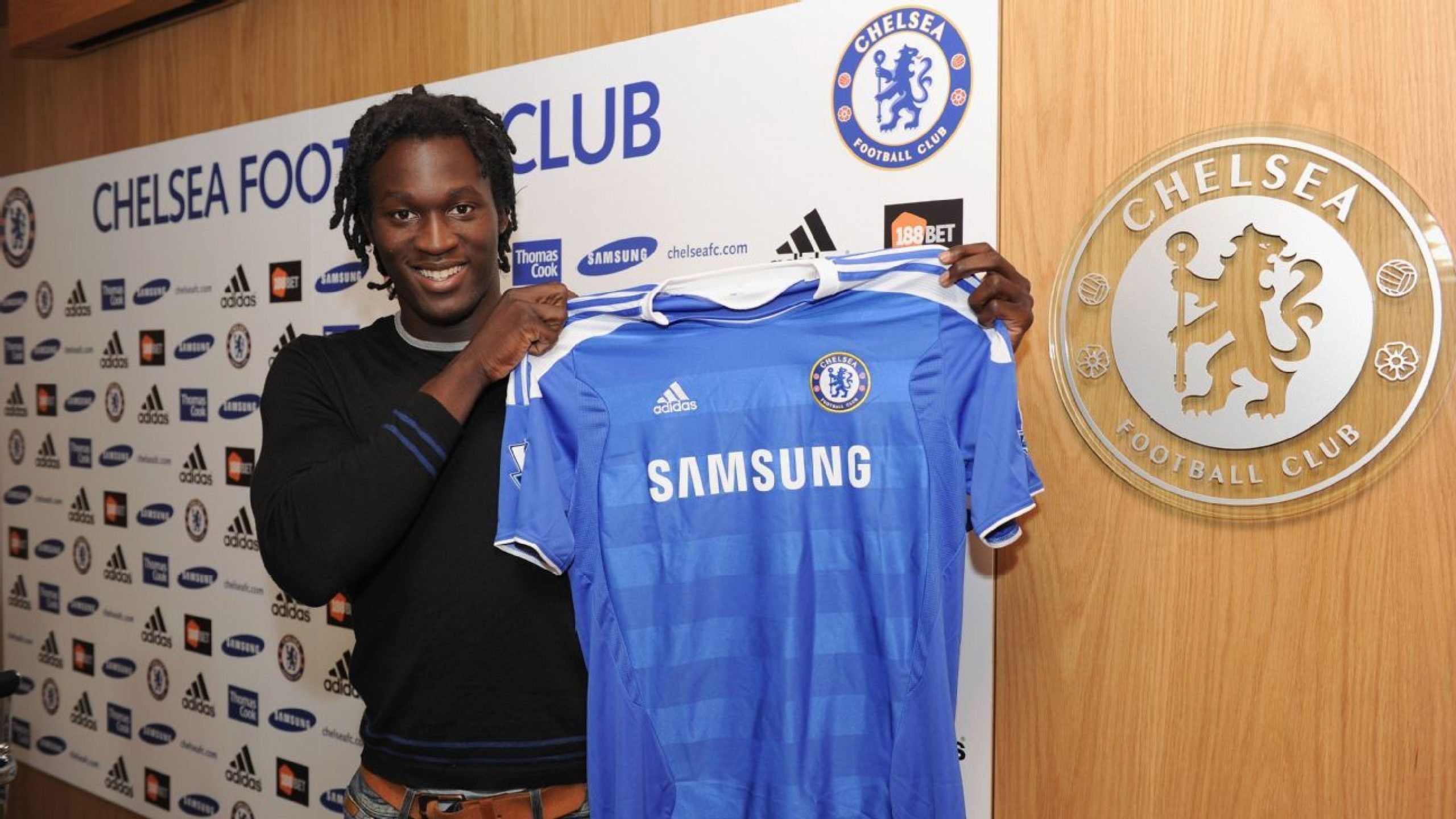 Romelu Lukaku is officially a Chelsea player again after joining the club for a second time, almost exactly 10 years on from his initial arrival at Stamford Bridge.

The 28-year-old forward has returned to the Blues from Inter Milan, where he spent the past two seasons scoring 64 goals in 95 appearances and winning the 2020-21 Serie A title.

The transfer is reported to be worth a whopping £97.5 million, just short of the biggest in Premier League history — set by Manchester City only last week when Jack Grealish moved in a £100m deal from Aston Villa.

Lukaku was 18 years old when he first arrived at Chelsea from Anderlecht amid a wave of hype in August 2011. However, the teenage prodigy went on to make just 10 league appearances for Chelsea in three seasons — the latter two spent out on loan with West Bromwich Albion and Everton, respectively. The young striker was moved to Everton

Thankfully, Lukaku soon began to find his feet as his career gathered momentum. A flurry of huge moves followed, with both Manchester United and then Inter breaking their club-transfer records to land the Belgian in 2017 and 2019.

However, it’s Lukaku’s latest mega-transfer back to Chelsea that has seen him comprehensively overtake Neymar to become the most expensive footballer ever, at least in terms of accumulated career-transfer fees.

Previously poised in third place on the all-time list, Lukaku has now leapt above both Neymar and Cristiano Ronaldo to the top of the table having amassed an eye-watering £288.8m in cumulative fees.

All historical transfer fees are from Transfermarkt.

Split over five transfers between four clubs, Lukaku has now cost more than any other player. At age 28, there’s still plenty of time for him to add to his running tally, assuming his second stint at Chelsea proves more productive than his first.

Testament to his colossal market value, Neymar has managed to generate almost £280m in career-transfer fees despite only ever moving twice. The first was a massive move to Barcelona, and the second was a world-record-obliterating switch between two of the biggest clubs in existence. You wouldn’t bet against him regaining the No. 1 position eventually.

One of only three players to break the £200m barrier in accrued career fees, Ronaldo has still provided excellent value for money by delivering a ludicrously consistent stream of goals, trophies, titles, records and individual accolades over his glittering 19-year career. At the age of 36, he might not add to his total.

It’s perhaps surprising to see Morata riding so high, but the Spain international has risen up the rankings by virtue of simply making a lot of high-profile, high-value transfers between many of Europe’s elite clubs. Whether any of them have truly had their money’s worth is a matter for debate.

Di Maria formed part of a latter-day Galactico revival at Real before moving to Manchester United in the summer of 2014. The Argentina winger then produced 4 goals in 32 appearances during his single faltering season at Old Trafford before fleeing to PSG at the soonest available juncture.

The decision was quickly been vindicated, with no less than 17 trophies added to his honour roll at club level since moving to the French capital.

Having broken through at Sociedad, it was his transformative five-year spell at Atletico that truly made Griezmann a star. This led Barcelona to break the bank for an industrious and stylish forward who has chipped in with 35 goals in 99 games since. At the age of 30 and available for transfer at Barca, he may add to his total sooner rather than later.

Another emergent attacking star whom Barca absolutely paid through the nose for, it’s fair to say that the Catalans haven’t seen the best of Dembele yet — thanks mainly to a seemingly never-ending procession of injuries that have served to stymie his time at the Camp Nou thus far. Another player whom Barca would readily sell if the right offer came along.

A journeyman by any other name, Ibrahimovic has spent his long career chopping and changing between most of the biggest clubs in Europe, commanding headline billing and a significant fee on most occasions.

If you’re wondering why the veteran Swedish striker’s later dalliances with Manchester United, LA Galaxy and (return to) AC Milan aren’t listed, it’s because they were all classed as free agent transfers.

Fair to say that if Ibra had started his career a little later, when transfer fees really began to rise, he would undoubtedly be higher than No. 8.

Coutinho’s gargantuan then-world-record transfer between Liverpool and Barcelona in 2018 very much sits as an anomaly on his track record, and the Brazilian playmaker has been struggling to live up to expectation ever since.

If there was ever a list to highlight Barcelona’s horrible transfer record, this is it. Coutinho is the third recent Barca signing in the list, all three are still at the club, and Barca would readily accept cut-price transfer offers for all of them.

Higuain became the third most expensive signing of all time and the most expensive domestic signing ever when, aged 28, Juventus triggered his enormous release clause at Napoli in the summer of 2016.

The Argentina striker went on to win two successive Serie A titles with Juve before making a fairly sudden season-long loan switch to rivals AC Milan fort the 2018-19 campaign, which was cut short in January to pave the way for a similarly uneventful six-month loan at Chelsea.

Higuain returned to the Bianconeri and won a further Scudetto in 2019-20, though his involvement that season was decidedly reduced. His contract was then ended in September 2020 to allow him to join new MLS franchise Inter Miami CF.