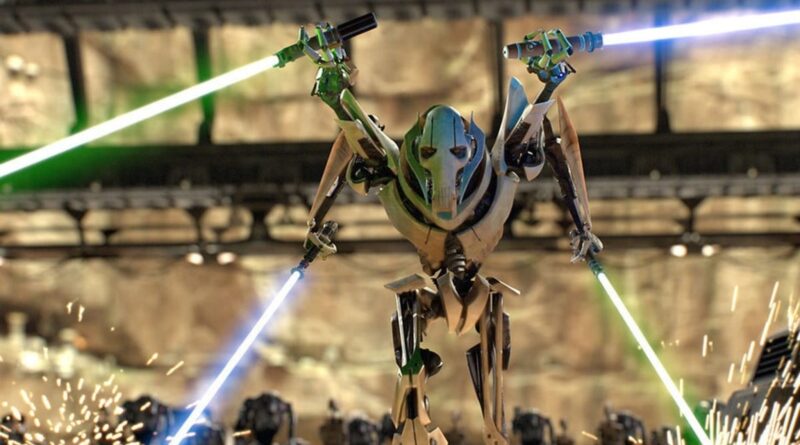 Part of the fun of Star Wars can be seeing well-known actors suddenly show up in one of its many movies or shows. Maybe they’re there as important characters, like we got with Sam Jackson or Ming-Na Wen, maybe they’re there as “wait, they’re in this?” cameos, like Zach Braff or Forest Whitaker. Either way, it’s always delightful when these stars pop up for to be the new “Glup Shitto” for a bit.

Surprisingly, one cameo we could’ve gotten would’ve been for what would’ve been a big player during the franchise’s prequel era. General Grievous, the Separatist leader of the droid army from 2005’s Revenge of the Sith, was almost voiced by Darkest Hour’s Gary Oldman. In a recent interview on the Happy Sad Confused podcast, Oldman himself said he was this close to voicing the multi-armed villain, even getting as far as recording some lines for the character.

Things fell apart, though, due to “union stuff and non-union stuff” due to the film being shot primarily in Australia, according to Oldman. Because of rules related to unions and Australian filmmaking, he didn’t want to be “the poster boy for breaking union roles.” Despite losing out on the role, he said it was a positive experience doing VO work with George Lucas, calling the director/writer “terrific. No regrets about that.”

Voice work for Grievious in Revenge would go to Lucasfilm sound engineer Matthew Wood, who would later reprise the role for The Clone Wars series on Cartoon Network, along with a handful of video games that featured the character. Prior to Revenge, the baddie made an appearance in Gennedy Tartakovsky’s Clone Wars series, where he was voiced by John DiMaggio and Richard McGonagle. Even though he’s tended to hold the most Ls of any bad guy during the prequel era, and loved to either cough a lot or run away, it was always fun to see him turn up in things. It’s interesting to think about what Oldman’s voice would’ve brought to the character; part of what makes Grievous interesting is that his voice sounds like it would serve as partial inspiration for Anakin Skywalker when he became Darth Vader.

Alarm on wheels
locky, the runaway alarm clock is the rolling, jumping, moving alarm. He’s the durable bedside alarm that will run away, hide, move, roll, wheel, beep, and jump (from up to a 3-foot nightstand). He moves (on carpet or wood), and changes directions over and over until you will get up to turn Clocky off!