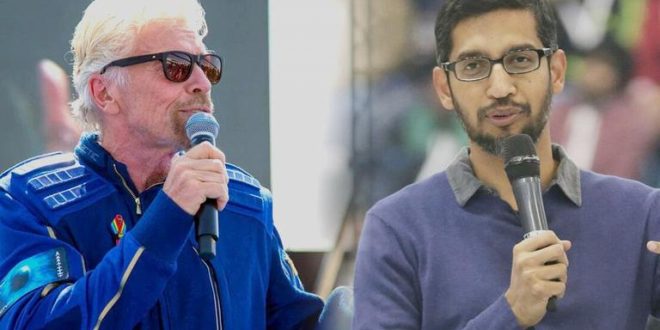 Google CEO Sundar Pichai congratulated 70-year-old billionaire Richard Branson on his visit to space, saying it was “inspiring to see the adventure to space!” 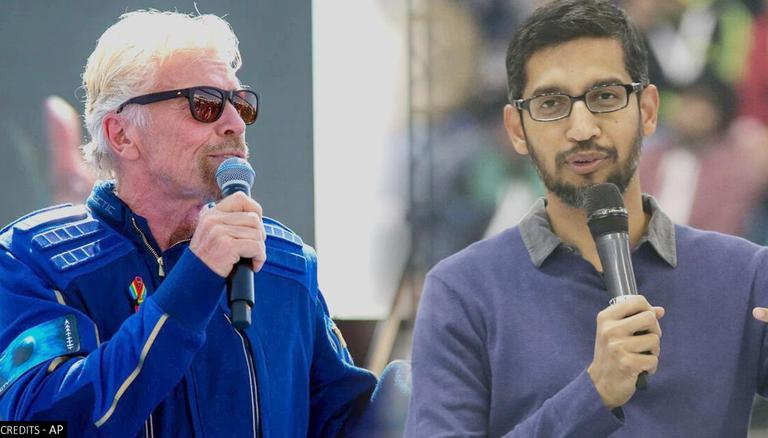 Google CEO Sundar Pichai congratulated 70-year-old billionaire Richard Branson on his visit to space on Sunday, saying it was “inspiring to see the adventure to space!” Virgin Galactic founder Richard Branson on July 11 undertook a historic spaceflight of his company’s vessel to the edge of space.

“Congrats Branson and Virgin Galactic for Unity 22. Inspiring to see the adventure to space!” Pichai said in a tweet.

Congratulating Branson, Amazon’s Jeff Bezos, who will also be going to space on July 20, said he cannot wait to join the club. SpaceX CEO Elon Musk also congratulated Branson on the flight. Branson is now the first owner-astronaut to take part in the mission until Bezos kickstarts a similar mission through his Blue Origin in a few days.

On Sunday, Virgin Galactic’s VSS Unity blasted off from New Mexico finishing the first successful fully crewed mission including Branson. The Virgin Galactic vessel reached a peak altitude of around 85 kilometers which is beyond the boundary of space set by the United States allowing all six passengers including Branson to experience weightlessness and admire the Earth’s curvature. Even though the company was prepared for any unprecedented situations, the trip preceded as planned. The touchdown occurred around 9:40 AM Mountain Time (1540 GMT) nearly an hour after take-off.

Branson hailed the mission as his dream of 17 years was being completed and celebrated the moment by inspiring words and also by carrying carried Indian-American crew member Sirisha Bandla on his shoulders as smiles beamed across the area.

Branson said, “I have dreamt about this moment since I was a child, but nothing could have prepared me for the view of Earth from space. We are at the vanguard of a new space age. As Virgin’s founder, I was honoured to test the incredible customer experience as part of this remarkable crew of mission specialists and now astronauts. I can’t wait to share this experience with aspiring astronauts around the world.” He continued, “Our mission is to make space more accessible to all.”