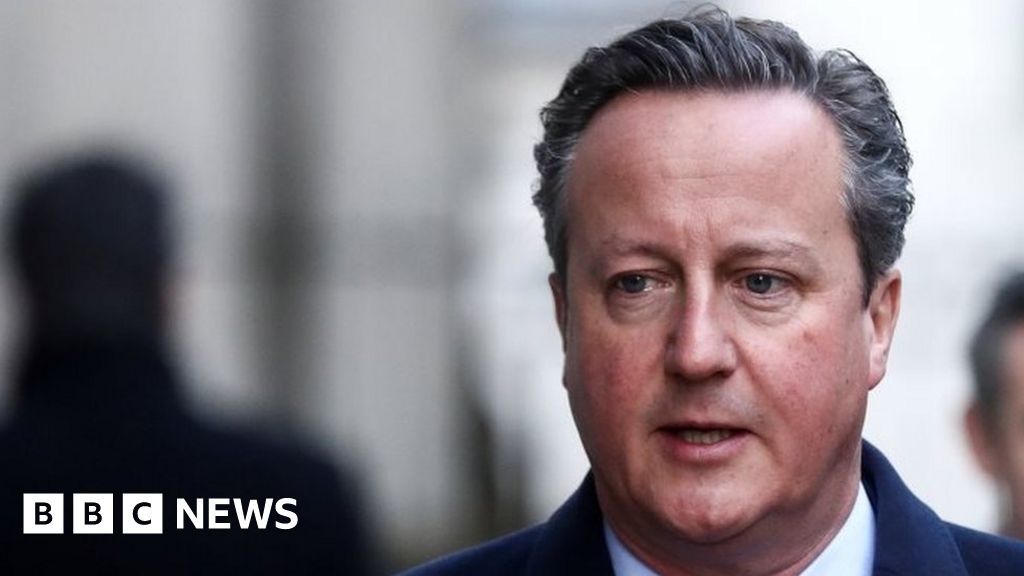 David Cameron has said he will “respond positively” to any requests from MPs for him to give evidence about Greensill Capital.

The former prime minister has faced criticism for lobbying on behalf of the finance firm, which recently collapsed.

It has sparked a wider row over private companies’ attempts to influence ministers and officials.

The government has asked a senior lawyer to conduct a review into the issue and to report by the end of June.

But on Wednesday the Commons Treasury committee announced plans for its own probe, with other committees reportedly planning to do the same.

A spokesman for Mr Cameron said he would “respond positively” to requests to give evidence “when the terms of reference of each inquiry are clear”.

It is not yet clear whether the former Tory leader will be asked to appear in person, or to provide a committee with evidence such as documents.

Labour had wanted a “full” probe, including public hearings by a cross-party panel of MPs – but the government rejected this, and voted down the plan.

Meanwhile, the head of a watchdog which advises former ministers and officials on outside employment will make a long-planned appearance in front of MPs later on Thursday.

The Greensill affair has led to renewed focus on the regulator, which has previously been described as “toothless” by a committee of MPs.

Current rules ban former ministers from lobbying government for two years after they leave office – a rule Mr Cameron appears to have followed.

But critics of the current system, including former Labour prime minister Gordon Brown, have suggested a longer ban is required.

“Former prime ministers must never be lobbying for commercial purposes. Current ministers should not be entertaining such lobbying,” said Mr Brown.

Mr Cameron began a role as an adviser to Greensill Capital in August 2018, just over two years after he left Downing Street in July 2016.

Mr Cameron’s work saw him text Chancellor Rishi Sunak on behalf of the firm asking for it to be included in a Covid-related government loan scheme.

Along with Mr Greensill, he also met Health Secretary Matt Hancock for a “private drink” in 2019 to discuss a new payment scheme for NHS staff.

Mr Cameron has said he did not break any codes of conduct or rules on lobbying – and welcomes the government’s review, to be led by lawyer Nigel Boardman.

On Wednesday, it was also revealed that government departments have been ordered to find out whether senior officials have rule-breaking second jobs.

Cabinet Secretary Simon Case has asked colleagues to declare paid roles or outside interests that “might conflict” with Civil Service rules by the end of the week.

The move came after news that Bill Crothers, a former civil servant, joined Greensill as an adviser in 2015 whilst still working for the government.

Mr Crothers says his recruitment by the firm was “transparent” and had been approved by the Cabinet Office under its internal conflicts of interest policy.

He later went on to join the company as a director in late 2016, after leaving the Civil Service in November 2015.

But Lord Pickles has said there had been a “lack of transparency” about the process – and has asked the Cabinet Office to provide further details.

Prime Minister Boris Johnson told MPs on Wednesday it was “not clear” that “boundaries have been properly understood”.