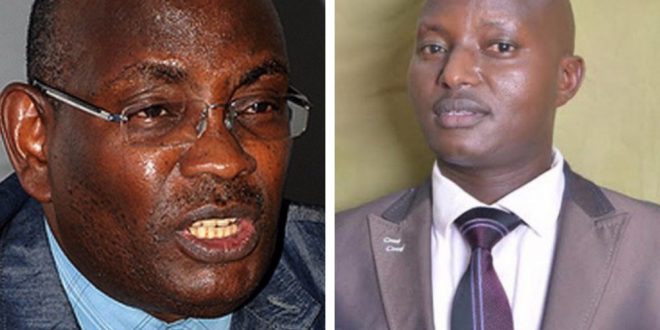 He is the Witch Amongst Us! – Pr Bugingo About Pr. Sserwadda.

Pastor Bugingo of House of Prayer ministries has come out to declare Pr. Sserwadda a witch within the born Agains.

This follows the comments that Sserwadda made about the anticipated proposed bill that will see all faith based organisations registered.

Pastor Bugingo says Sserwadda is the born agains main enemy as he’s seems to be fully behind the bill.

Bugingo also revealed that it wouldn’t be easy for some pastors to account for their wealth as per the anticipated bill. ” Some testimonies can’t be explained, for example on how you started up a radio station” Bugingo says.

According to Sserwadda, some born again churches are telling lies about having over 6000 churches all over the country. Sserwadda also referred all the born again pastors’ associations to trash.

He promised to laugh at them as the proposed bill is endorsed.

Regardless of their history that has Pr.Bugingo as a right hand man of Pr.Sserwadda, the two pastors have been at logger heads for some good time.
“I was with Bugingo for many years and concluded he had something wrong with his life and so I forgave him right there. I never respond to his daily rants however hurtful and sickening they may be. I actually do not listen to him at all,” Sserwadda said in 2017 on his radio station; Impact Radio.