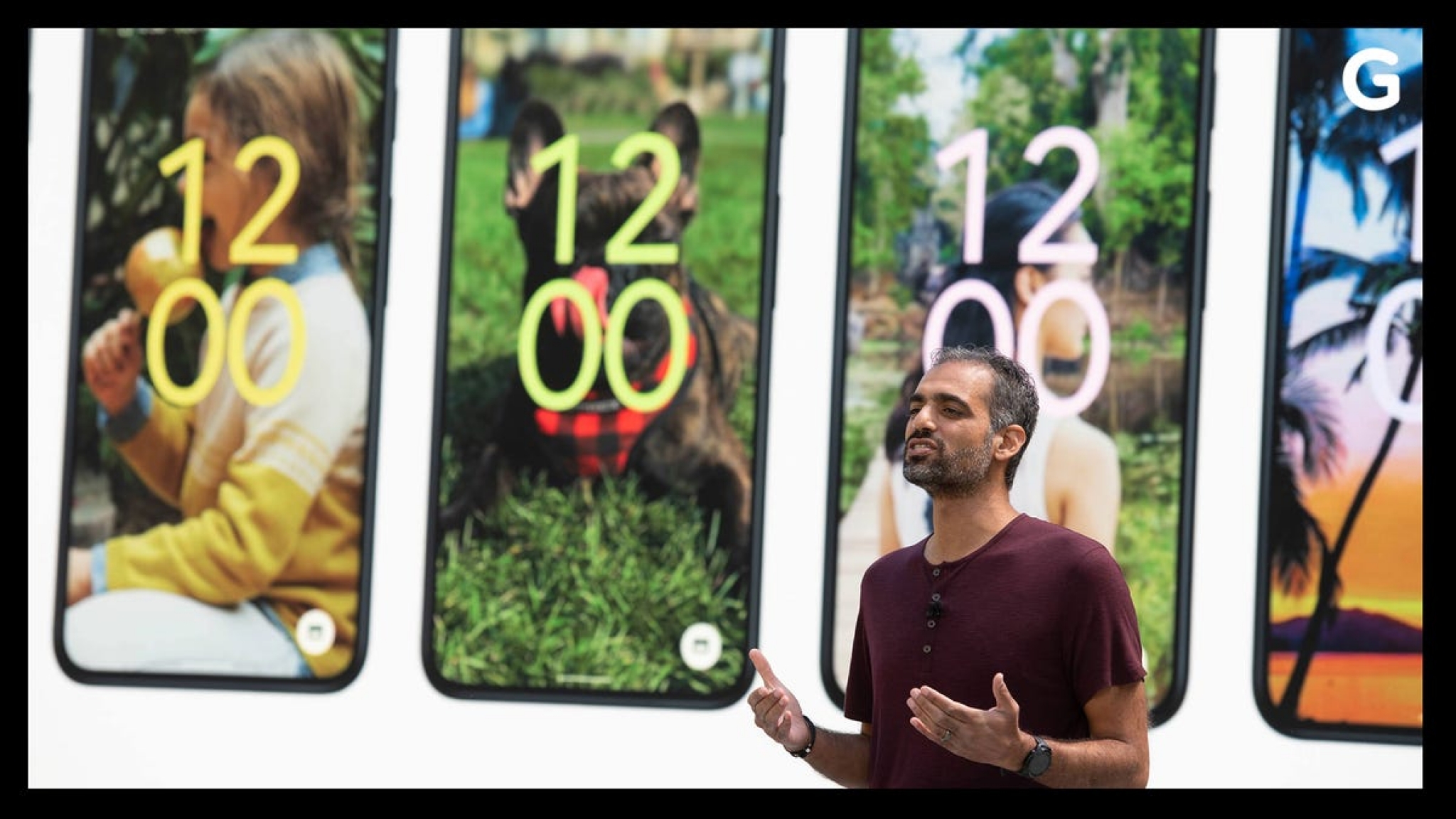 Google I/O is back, baby, and that means a metric crap-ton of updates for the Google ecosystem. Although it was virtual, the annual developers’ conference did not fail to be a spectacle that featured opera-singing digital blobs, a bizarre cameo from Michael Peña, and AI bots pretending to be Pluto.

Of course, some of the things we were expecting (cough, Pixel Buds A, cough) didn’t make an appearance. If you missed the two-hour keynote, no worries. We sat through every chaotic minute, and here’s everything you need to know about Google I/O 2021.

The AI Bots Can Roleplay Now

No, you didn’t misread. Google demoed LaMDA, a machine learning model that improves on an AI’s conversational skills. Anyone who’s ever used a digital assistant knows it’s frustrating when you get canned responses that don’t have anything to do with what you were asking. LaMDA is meant to create more free-flowing conversations that can jump between any topic. We’ll never understand why Google thought a conversation between an AI bot and another AI bot pretending to be Pluto and a paper airplane was the best way to demo this. But here we are. (Check out the video above to see how unhinged this was.)

Android 12 Gets a Lot More Colorful

There were a ton of leaks leading up to today’s event, but today was the first official peek as to what Google’s got in store for Android 12. One of the biggest changes is that Android 12 is getting a whole new look. Android users will be able to customize their own color palettes and redesigned widgets that fit their backgrounds. So if you happen to choose a wallpaper of Kirby, for instance, Android 12 will automatically identify that pink is the most prominent color and pick complementary shades for your widgets and what your entire OS will look like. The good news is this design scheme isn’t limited to your smartphone. The new Material You design language can also be ported to other devices and apps, with support for Pixel phones coming later this fall.

Android 12 is also getting more privacy features, including a dashboard that breaks down what data your apps are collecting. Google’s also working on creating an ecosystem of devices that work more seamlessly together—photos and texts sent to your Chromebook, built-in Chromecast remote controls, and digital car keys. If you want a more in-depth dive into what’s coming with Android 12, we got you.

Google Photos Reminds You Your Life Is Repetitive

Look, our photos during the pandemic probably haven’t been that interesting, which is probably because we’re not doing anything interesting. Well, Google Photos will absolutely rub that in your face with a new Memories feature. It finds three or more pictures that share a common element, groups them together, and then resurfaces them. One demo Google showed involved an engineer’s orange backpack. No seriously. It created a collection based on a backpack. If I used it, I’d probably get a bunch of photos of my pets sleeping in the same two poses in the same three spots. It’s a reminder life isn’t always exciting, but hey, at least the tech is cool.

Also, Google’s adding what it calls Cinematic photos. It’s extremely similar to Apple’s Live Photos, but one neat difference is it can be used to stitch together similar photos scanned from an old photo album too. Last but not least, it’s also adding a Locked Folder feature that requires you to enter a passcode to access pictures stored there. Pictures saved in the Locked Folder won’t appear when you scroll in Google Photos, or from any other app. Try not to abuse it, mmkay?

Google Maps is also getting a whole bunch of updates. To start, Maps will soon recommend routes that are less likely to cause you to suddenly slam the breaks (i.e., sharp corners, busy intersections, etc.). If you’re walking, there’s also a Live View mode that overlays helpful information about your surroundings. That includes stuff like restaurants and shops, but also street signs to point you in the right direction at complicated intersections.

Another neat feature for our current hell times is live “area busyness” so you can see which neighborhoods are crowded, so you can maintain social distancing. It works for the post-pandemic era as well, as it might indicate which areas have a lot of interesting events going on.

Samsung and Google Team Up to Fix Android Watches

Google lopped off the OS from Wear OS, because it’s a brand new day, baby. While it was long rumored that Samsung would ditch its Tizen smartwatch platform for Google’s, today’s news is a smidge different. Samsung isn’t so much ditching Tizen, as it is collaborating on a new unified OS that smushes Tizen and Wear OS together to create…Wear. The new platform will also leverage some of Fitbit’s know-how in the wearables space so that Wear watches will finally enter 2021 with the rest of the class.

There’s no other way of putting it: Project Starline is Google’s attempt at lifelike holograms. It’s pitched as looking “through a sort of magic window” during a call. In that window, you can then see a super-realistic 3D image of another person who’s not actually there. It combines computer vision, machine learning, spatial audio and real-time compression, but the result is some freaky deaky magic shit.

And that’s it! What a wild ride.