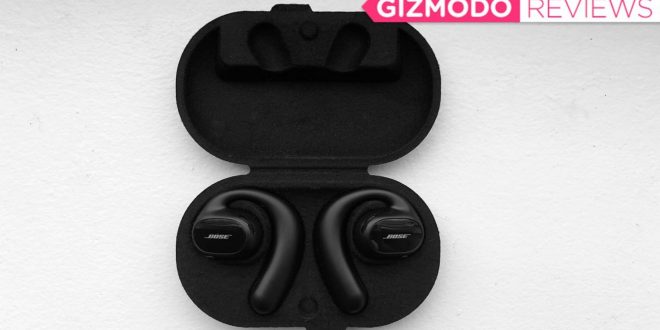 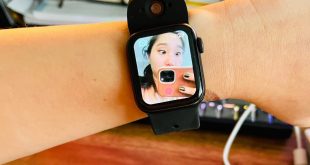 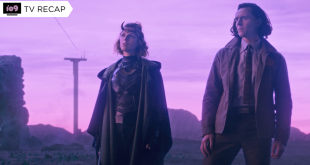 I’m pro-open ear headphones for outdoor exercise. Bikers, cars, unsupervised children on scooters—they’ve all been hazardous to my health while running. So even though I had reservations about the Bose Sport Open Earbuds, I was eager to give them a go.

Open-ear audio has been around for awhile in the form of bone conduction headphones, like the ones made by AfterShokz. They’re actually pretty nifty and a good option if you want to stay clued into your surroundings, but they come with some serious tradeoffs, too. Despite multiple attempts, I wasn’t a fan of the sound quality, especially because you can feel distracting vibrations at higher volumes. Most bone conduction headphones also feature a wraparound headband, which I’ve never really been into for comfort reasons. The concept behind the Sport Open Earbuds is that they use actual drivers that are strategically aimed at your ears—but don’t actually go in them. That’s supposed to get you situational awareness and comfort without sacrificing audio quality.

Too good to be true? Well, from the get-go I was wary about the shape and size of these earbuds. Fit and comfort are important in a pair of workout buds, but so is their ability to stay put when you’re in motion. At 48mm wide and 55mm high, these buds are significantly larger than my Jabra Elite 65t and AirPods Pro. They’re also a lot heavier at 14 grams. When I read those measurements on paper, I was afraid they wouldn’t work with my small-ish ears.

Those fears were and weren’t justified. They aren’t hard to put on, but you do have to take an extra second to make sure they’re secure. The back portion is also rather thick, and if my ears were any smaller, I’m not sure they’d sit right. That thickness also causes issues if you want to wear them with glasses or sunglasses. Depending on your frames, the arms and the earbud might have to compete for space. My main glasses have teeny, thin arms but even so, the space behind my ear felt weighted down and crowded. I’d recommend switching to contacts if you’re using these buds, but that doesn’t help if you want to wear polarized sunglasses for sunny days. Add on the loops for a mask, and these buds feel awkward at best.

To their credit, the earbuds never fell off, even when I ran with glasses and a mask on. I can’t say that for my Jabras or my AirPods, which have both tumbled out of my ears during runs and other types of exercise. It just always felt like the Bose earbuds were going to fall off during the first 10-15 minutes.

As for sound quality, the Sport Open Earbuds are much better than bone conduction headphones and on par with other exercise earbuds. The clarity was also impressive, considering these don’t create any sort of seal. You don’t have to worry about wind distorting your music, or things sounding tinny. It’s not going to be as good as fancier earbuds with some form of ANC, but unless you absolutely need the best audio quality while exercising, these will be more than adequate. Sometimes earbuds that don’t fit perfectly leave me with that same clogged feeling you get on airplanes, but I never had that issue with the Bose.

One gripe I had was the proprietary charger. The shape of these buds is undeniably unique, which means you can’t just buy a USB-C or micro-USB cable and be done with it. The charger itself is easy to use, thanks to magnetic connectors, but it’s yet another cable you have to keep track of and much harder to replace should you accidentally lose it.

The battery life was also disappointing. Although Bose says these buds offer an estimated 8 hours of usage, that’s not what I got in practice. After charging the buds up to full, I took them on four 30- to 40-minute runs. Each run depleted my battery by about 20-25%, and I was left with about 10% battery at the end of the week. Charging my earbuds once a week isn’t too annoying, but I only got about half of the promised battery life. As for charging time, I did appreciate that 30 minutes will get you to roughly 40-50% battery. Going from zero to 100%, however, takes about 2 hours.

As for controls, they’re fairly straightforward. Each bud has a small button on the bottom—the one on the left bud controls voice, while the one on the right is for music and phone calls. To play or pause, you simply press the right button. Double-pressing skips you forward, triple-pressing skips backward. That’s standard for wireless earbuds these days. I was less a fan of volume control. You’re supposed to be able to tap the center of the left bud to decrease volume, and the right to increase. I could never remember which one was what, and I could never get the volume controls to work for the life of me. I just ended up tapping my ears with increasing frustration until passersby looked at me like I was out of my mind.

Phone controls are also standard for wireless earbuds. You press the right button to answer or end a call, and double-press to decline. Call quality was fine in terms of what I could hear. According to a friend, I sounded “pretty good for headphones” if a tad “echo-y.” These buds don’t leak a whole lot of sound either. In my home office, I could listen to music without my husband, who sits about two feet away from me, complaining. That’s definitely better than the Bose Frames, which he could definitely hear from the same distance. That said, I wouldn’t really use these headphones for everyday work. Not only are you not going to block out ambient noise, but there are also more comfortable options out there for extended wear.

A must with exercise earbuds is sweat resistance. These buds are IPX4, which means you should be fine if you get caught in a drizzle and my sweaty hair and ears caused zero problems. Technically, there’s a Bose companion app for these buds but it’s pretty useless. I tried setting up the earbuds in the app but it couldn’t even find them—while my phone had zero trouble. The app doesn’t offer much in the way of features, aside from telling you the battery level, so save yourself space on your phone.

While I truly dig the sound quality on these earbuds, they don’t sound amazing enough to justify the $200 price tag when you also consider the bulky size and meh battery life. You can find the Jabra Elite 75t Active on sale for $140, and those earbuds offer you a comfortable fit in a much smaller package with way better battery life and great sound (plus digital ANC). The Jaybird Vistas are also a decent option, and while they don’t deliver the best sound, they are hardy buggers with an IPX7 rating.

For me, comfort is what it comes down to, and I just can’t get over how thick and heavy these buds are. I only have so much space behind my ear. Admittedly, this might be because I exercise with my glasses on if I’m not going to be working out for at least an hour. If you’ve got bigger ears and 20/20 vision, this might not be a problem for you. Frankly, I’m kind of bummed since I’m deeply appreciative of the situational awareness these earbuds afford me. As it is, I’ll probably stick with the Bose Frames for my open-ear audio needs.