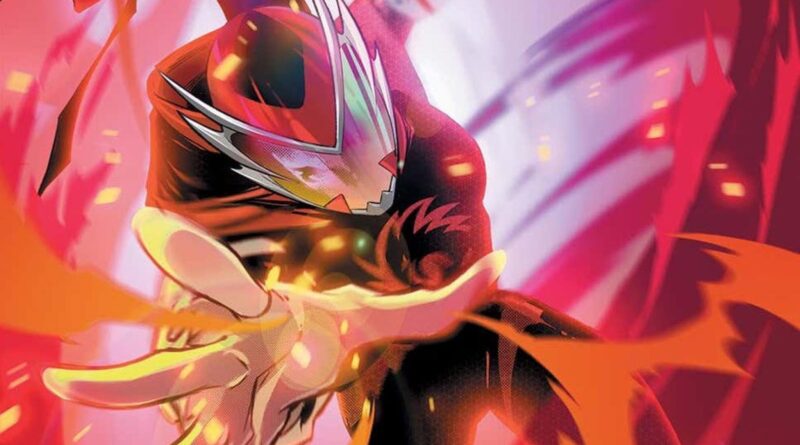 Come 2023, Image Comics’ Massive-Verse that first began with Radiant Black from Kyle Higgins Marcelo Costa will continue to live up to its namesake. Inferno Girl Red was one of the first books announced to be spinning out of Radiant Black, and the character herself has shown up in the Supermassive crossover from earlier in the year. And her solo series will finally put the full spotlight on the interdimensional superhero.

Drawn by Erica D’Urso, written by Mat Groom, and colors from Igor Monti, Inferno Girl Red was brought to life via Kickstarter. Unlike Radiant Black or fellow series The Dead Lucky and the upcoming NO/ONE, D’Urso and Groom’s comic is being released as a trilogy of collected graphic novels. Set in its own separate dimension from the other books, the series sees teenager Cássia Costa as the newest inheritor of the titular mantle. Having just moved to Apex City, it falls to Cássia to save it once cultists summon a demon army to destroy everything in sight.

The newest trailer revealed by Groom and D’Urso just before the weekend started provides a look at Cássia getting used to Apex, and gives an idea of her Inferno Girl powerset. As for the demons, they look similar to one that was briefly seen at the end of Supermassive, and given that we know Cássia will be in that one-shot’s sequel sometime next year, her solo series may be doing some table setting in that regard. (It’s possible that this series, or at least the first issue, is set before the events of the first Supermassive.) What’ll be interesting to see isn’t just what makes Cássia different from the adult-aged Radiants and fellow teen hero Rogue Sun, but what being locked off to her own dimension means for future stories that Groom, D’Urso, and Image no doubt want to tell with the character.