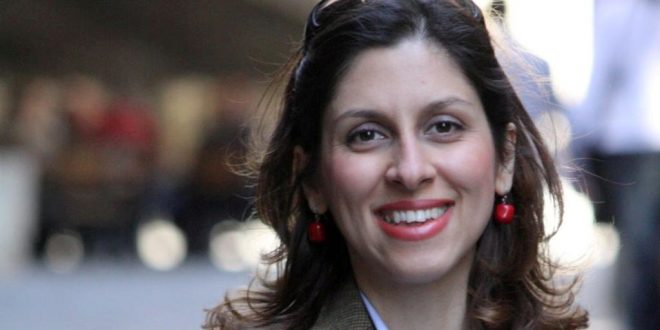 Iranian-British aid worker sentenced to another year in jail

British-Iranian national Nazanin Zaghari-Ratcliffe, held in Iran since 2016, was jailed for a year and banned from leaving the country for a further 12 months, her lawyer said Monday.

Zaghari-Ratcliffe, 42, had appeared in court last month to face new charges of “propaganda against the system”, a week after she finished a five-year sentence for plotting to overthrow the regime, accusations she strenuously denies.

She was put on trial for “participating in a rally outside the Iranian embassy in London in 2009,” her lawyer Hojjat Kermani said.

She “was sentenced to one year in prison and a one year ban on leaving the country,” Kermani told AFP.

“The verdict is still preliminary and we are appealing within the legal deadline of 20 days from today.”

Zaghari-Ratcliffe was initially detained in Iran while on holiday in 2016, when she was working as a project manager for the Thomson Reuters Foundation, the news agency and data firm’s philanthropic wing.

She has been under house arrest in recent months and had her ankle tag removed, giving her more freedom of movement and allowing her to visit relatives in Tehran.

Kermani added he hoped she would “be acquitted on appeal”.

Britain’s Prime Minister Boris Johnson on Monday hit out at reports of the sentencing.

“I don’t think it’s right at all that Nazanin should be sentenced to any more time in jail… I think it’s wrong that she’s there in the first place,” he said, adding that London was working “very hard” to secure her release.

This is a totally inhumane and wholly unjustified decision.

We continue to call on Iran to release Nazanin immediately so she can return to her family in the UK. We continue to do all we can to support her.


Zaghari-Ratcliffe’s MP in London, Tulip Siddiq, said she was being “abusively used as a bargaining chip”.

While in prison, she suffered from a lack of hygiene and even contemplated suicide, according to her husband.

Richard Ratcliffe told AFP last month that he had hoped if convicted again, she could serve the time under house arrest at her parents’ house in Tehran.

“If she got put back in prison, regardless of the time, that’s a really bad sign,” he said, noting that it would clearly indicate negotiations between the British and Iranian governments had “fallen down”.