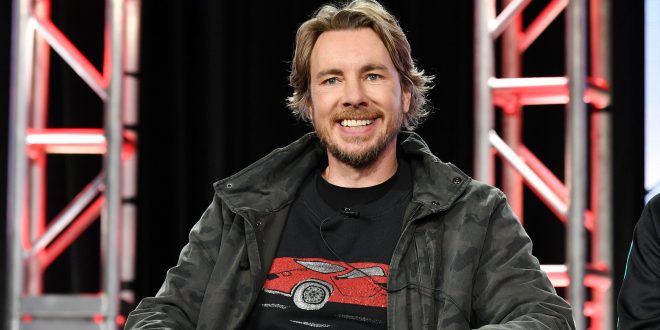 ‘It was a bummer’: Dax Shepard needs surgery after breaking multiple bones in motorcycle accident

The ‘America’s Got Talent’ star is doing fine after having surgery.

Dax Shepard had a rough ride during a recent outing at a California racetrack.

During Monday’s episode of his “Armchair Expert” podcast, Shepard revealed that he broke multiple bones after a motorcycle accident over the weekend.

“I was passing six guys on Sonoma Raceway on a motorcycle and I was braking very, very hard – hard enough that the back wheel was off the ground for a good 100 yards,” Shepard, 45, said. “I was totally at blame, I thought I would be able to slide in between, but someone turned in and I was already under full braking and I couldn’t go anywhere.”

Shepard explained that he “landed pretty hard” after he “clipped their bumper” and “went over the handlebars,” an incident he described as a “little demoralizing.”

“First time I’ve ever been down on the track,” he said. “It was a bummer.”

The “Parenthood” actor said he went to the emergency room the next day with excruciating pain.

“I’ve been at the hospital for seven hours today,” he shared Monday. “The final tally was four broken ribs, the clavicle’s broken in three places, and I need surgery.”

He also injured his left hand, which he shattered in an off-road accident earlier this year: “I broke my hand that I’d broke a couple months ago. But good news, I had broke three of those (fingers) … and those held up. … (But) my pinkie … it broke.”

‘It was an angry fight’:Kristen Bell details ‘incredible’ argument with Dax Shepherd

Despite numerous injuries from his “reckless hobby,” Shepard doesn’t see himself out of the saddle forever. “I don’t think I’m going to quit, but I might be willing to quit for the remainder of 2020,” he said.

And Shepard’s wife, actress Kristen Bell, doesn’t appear to be too happy about it.

Shepard shared an Instagram picture of his battle wounds featuring his wife in the background: “Thank you Armcherries for all the well wishes and concern. I’m in one piece and spirits are high 🙂 Sorry for causing concern.”

In May, during a virtual appearance on “The Ellen DeGeneres Show,” Bell revealed that her husband “shattered” his left hand during “an ‘essential’ off-roading trip right when the quarantine began.”

“He got to the edge of a cliff,” Bell said. “He is very embarrassed about his injury, because the cardinal rule is you don’t put your hands on the roll cage or outside the car at any time. That’s the only chance of injury.”

Bell described how Shepard put up his left hand “just to look out” from over the cliff, when the shift in weight tipped over his Polaris RZR, a vehicle used for off-roading.

Shepard had to wear a cast and get seven pins in his hand due to the injury. But Shepard’s biggest fear, according to Bell, was getting “in trouble” with his wife.

More: Kristen Bell talks how Dax Shepard ‘shattered’ his hand (and why he was afraid to tell her)