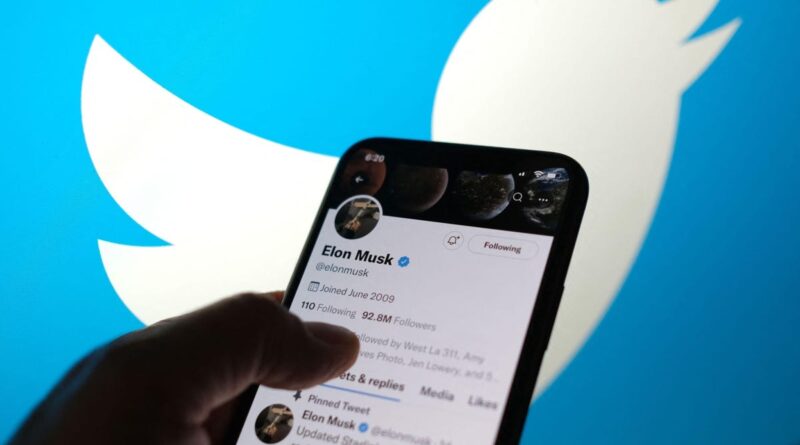 On Friday evening, Tesla CEO Elon Musk finally made it crystal clear that he has no interest in adding “owner of Twitter” to his list of titles. The move was months in the making. Twitter is planning to sue in response.

In a letter to Twitter’s Chief Legal Officer Vijaya Gadde filed with the Securities and Exchange Commission, Musk notified the social media company that he would terminate the $44 billion acquisition deal he made in late April. However, it is not yet clear whether Musk can unilaterally end the agreement.

Musk has fixated on the number of spam accounts on the social network. Citing their proliferation of automated bots, he first claimed Twitter was in breach of its merger agreement in early June. Musk’s lawyers argue that the billionaire is backing out of the agreement because “Twitter is in material breach of multiple provisions of that Agreement, appears to have made false and misleading representations upon which Mr. Musk relied when entering into the Merger Agreement, and is likely to suffer a Company Material Adverse Effect.”

Twitter plans to sue Musk in response. Twitter CEO Parag Agrawal retweeted the company’s board chairman Bret Taylor’s promise of legal action minutes after the news broke in defiance of the Tesla CEO.

“The Twitter Board is committed to closing the transaction on the price and terms agreed upon with Mr. Musk and plans to pursue legal action to enforce the merger agreement. We are confident we will prevail in the Delaware Court of Chancery,” Taylor wrote.

In an email to staff on Friday obtained by the Verge, Sean Edgett, Twitter’s general counsel, told folks not to share any commentary on the merger on Twitter or Slack.

“Given that this is an ongoing legal matter, you should refrain from Tweeting, Slacking, or sharing any commentary about the merger agreement. We will continue to share information when we are able, but please know we are going to be very limited on what we can share in the meantime,” Edgett wrote. “I know this is an uncertain time, and we appreciate your patience and ongoing commitment to the important work we have underway.”

Jesse Fried, a Harvard Law School professor, told Gizmodo in an email on Friday that Musk could not “simply walk away from the deal” and is probably trying to lower the price of the acquisition.

“He is bound to buy Twitter if he has adequate financing, as it seems he does. There are narrow outs,” Fried said. “Given the contract and Twitter’s post-signing conduct, Musk is highly unlikely to get a Delaware court to give him a ‘get-out-of-merger free card.’ He has presumably been told that by his lawyers.”

The news that Musk is backing out of the acquisition agreement follows months of public buyer’s remorse expressed on Twitter itself. The company says automated bots and spam accounts make up just 5% of the social network’s users, a figure Musk believed was much higher. He requested and received more data on Twitter’s user base but ultimately said the information provided was insufficient.

On Thursday, the Washington Post reported that the billionaire’s deal to acquire Twitter was in “serious jeopardy” and that Musk had stopped engaging in funding discussions. The outlet cited doubts from Musk’s team over the data provided on the number of fake accounts and spam bots provided to it by Twitter.

The back-and-forth with Musk has had detrimental effects on Twitter. The stock price of the company had fallen to $36.10 as of Friday, well below the $54.20 he offered. The company laid off members of its recruiting team on Friday as well, though layoffs have struck the tech industry writ large as the stock market has tumbled in recent months. Musk cited the layoffs in his deal termination letter as well as several high-profile resignations. In June, amid a flurry of Musk mayhem, Twitter said it was still committed to closing the deal and hinted that it was unafraid to take legal action. When asked about the Post’s report early today, Twitter reiterated its June response: “We believe this agreement is in the best interest of all shareholders. We intend to close the transaction and enforce the merger agreement.”

Fried said it’s all probably just a game to Musk.

“Litigation will be costly for Twitter, and it may agree to lower the price to settle the litigation. This is probably Musk’s game plan here,” the professor said.

Musk’s lawyers delved into further detail of Twitter’s perceived slights and contract violations, the majority of which centered on the blue bird company apparently declining to provide or providing incomplete information to the billionaire.

The billionaire’s accusations are as follows:

As is to be expected, Musk complained about a lack of information from Twitter related to Twitter’s spam and fake accounts. His lawyers state that the social media company did not provide the following:

“(1) daily global mDAU data since October 1, 2020; (2) information regarding the sampling population for mDAU, including whether the mDAU population used for auditing spam and false accounts is the same mDAU population used for quarterly reporting; (3) outputs of each step of the sampling process for each day during the weeks of January 30, 2022 and June 19, 2022; (4) documentation or other guidance provided to contractor agents used for auditing mDAU samples; (5) information regarding the user interface of Twitter’s ADAP tool and any internal tools used by the contractor agents; and (6) mDAU audit sampling information, including anonymized information identifying the contractor agents and Quality Analyst that reviewed each sampled account, the designation given by each contractor agent and Quality Analyst, and the current status of any accounts labelled “compromised.”

The billionaire said he did not receive data on the methodology Twitter uses to suspend spam and fake accounts.

According to the letter, Musk apparently wanted “access to the sample set used and calculations performed” to determine that less than 5% of Twitter’s mDAUs are fake or spam accounts, which is what the company claims. The request included the daily measures of mDAUs for the past eight quarters. The letter states that the social media company has provided “certain summary data” regarding its mDAU calculations, but not the complete daily measures. In addition, Musk requested materials provided to Twitter’s board about mDAUs’ calculations. Again, he claims he received incomplete information.

“Preliminary analysis by Mr. Musk’s advisors of the information provided by Twitter to date causes Mr. Musk to strongly believe that the proportion of false and spam accounts included in the reported mDAU count is wildly higher than 5%,” the letter states.

Furthermore, the billionaire’s lawyers claim that he is entitled to certain financial data related to Twitter, including information that aims to help him secure financing for the deal. Musk purported asked for a Twitter’s financial model and budget for 2022, an updated draft plan or budget, and a “working copy” of the Goldman Sachs’ valuation model. He reportedly has only received a PDF copy of Goldman Sachs’ final board presentation.

When Musk was provided with information, his lawyers claim it came “with strings attached.” For instance, they claim that Musk was initially not given the same access given to customers to eight Twitter developer APIs. This was only remedied after explaining the lack of access to the company.

Nonetheless, the APIs reportedly contain a “query cap” that prevents Musk and his team from carrying out their desired analyses of the data. The cap was only removed after Musk complained about it twice.

Finally, Musk’s lawyers state that Twitter was obliged to “preserve substantially intact the material components of its current business organization,” something they claim it did not do. The violations in this area began when the blue bird app fired Kayvon Beykpour and Bruce Falck, its general manager of product and general manager of revenue, respectively, in May.

The letter also cites Twitter laying off 30% of its talent acquisition team this past Thursday and its hiring freeze. As if that wasn’t enough, Musk is also purportedly mad that Twitter didn’t stop its head of data science; the vice president of Twitter service; and a vice president of product management for health, conversation, and growth from leaving.

“The Company has not received Parent’s consent for changes in the conduct of its business,” Musk’s lawyers wrote.