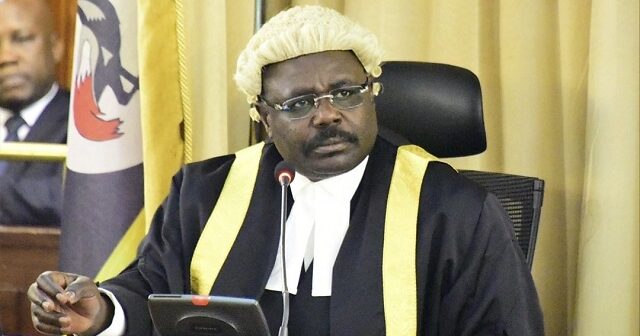 The Speaker of the 11th parliament of Uganda, Rt. Hon. Jacob Oulanyah has passed on today morning from the Seattle, USA where he was receiving treatment from.

The passing on was confirmed by the president of Uganda, Yoweri Kaguta Museveni through his twitter handle.

Countrymen and Countrywomen.
It is with a lot of sadness that I announce the death of the Rt. Hon. Jacob Oulanyah, the Speaker of Parliament.

We’re yet to confirmed the cause of his death

“Together with close friends; His Lordship Alphonse Owiny Dollo, Hon.Nobert Mao and Health Minister Jane Ruth Aceng; I have visited Rt Hon Speaker Jacob Oulanyah at his Hospital Bed in Seattle. He is receiving and responding to treatment under the close attention of his Doctors. Let us keep him in prayers for a speedy and complete recovery. I urge the public to respect his privacy and that of the family,” the deputy speaker tweeted on Friday 20th March 2022 afternoon.

He was last seen in Parliament in December 2021 and by that time, he had only chaired a few sessions including the passing of the National Social Security Fund (NSSF) Bill, which permitted the mid-term access to members’ savings.

Jacob L’Okori Oulanyah was an agricultural economist, lawyer and politician, who served as the Speaker of the 11th Parliament of Uganda a position he was elected into on 24 May 2021, after defeating the former Speaker Rebecca Alitwala Kadaga.