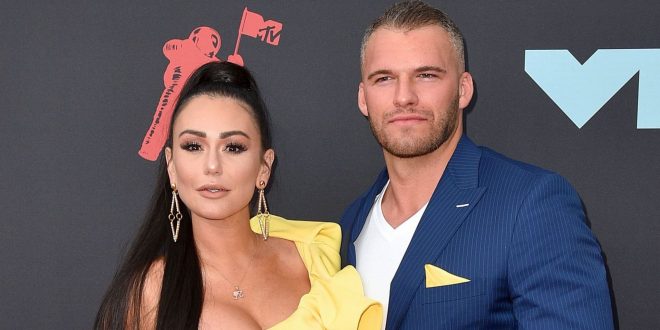 “On 2.27 I said yes on the top of the Empire State Building @zackclayton,” the Jersey Shore: Family Vacation star shared in the Instagram album above.

The two met through Zack’s brother; in fact, Zack attended JWOWW’s wedding. The couple made their official debut at the CMT Music Awards in June 2019 and then attended their first MTV events together (the Movie & TV Awards as well as the Video Music Awards). Zack’s network debut was during Season 3 — and he soon became known as “24” (his then-age). Jenni’s roommates soon got the chance to meet Zack (of course, the jokes were flying), and eventually he joined the crew while appearing in several episodes.

The two temporarily split, but they reconciled shortly after Angelina’s wedding. Jenni confessed that she “really appreciated” Zack was there for her during that time — and he makes her “happy.”

Soon she’s going to be “so classy” — as a bride! Offer your well wishes to Jenni, Zack and their families in the comments!