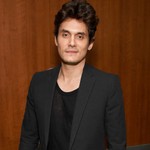 In the clip, which he also shared on his Instagram Story, Mayer wrote that his new album is “recorded, mixed and mastered. I’ve just been chilling and sharing it with friends for the past couple of months.”

The singer-songwriter further teased fans by repeating several times into the camera: “I think I’m going to drop a clip of the single.”

Mayer’s seventh and most recent album, The Search for Everything, dropped in 2017 and peaked at No. 2 on the Billboard 200. With Search, Mayer became the first artist to lead Billboard’s Top Rock Albums chart on three occasions in a single year. The 12-track featured previously unheard music from the pair of Wave EPs he released earlier that year. It marked his first LP since 2013’s Paradise Valley.

Since then, Mayer has shared several new songs, including the contemplative “Carry Me Away” and the chilled “I Guess I Just Feel Like” in 2019. Last year, he also collaborated with Leon Bridges on the dreamy R&B tune “Inside Friend.”