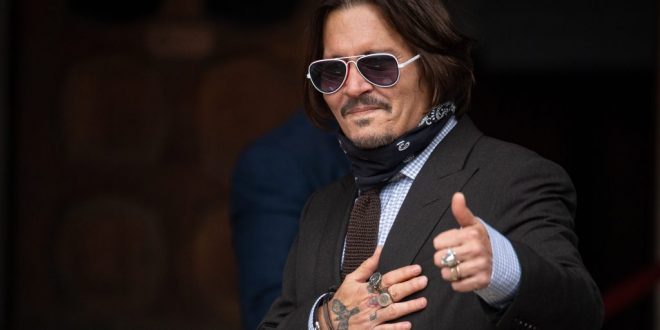 Johnny Depp has requested that his defamation lawsuit against ex-wife Amber Heard be delayed due to the upcoming filming of Fantastic Beasts 3.

The filming for the David Yates-directed film was put on hold, like many Hollywood shoots and events, due to the COVID-19 pandemic. But as conditions in main filming site London have improved, production is set to pick back up again starting in October and possibly ending February, conflicting with the Depp-Heard trial set to run from  January 11 to 28 2021.

“When the Court set the current trial date in this case, Mr. Depp understood that Warner Bros. planned to shoot ‘Fantastic Beasts 3’ in London long before January 11, 2021. COVID-19 disrupted the studio’s plans, causing repeated postponements. With conditions in London having improved somewhat, Warner Bros. has now set a shooting schedule that conflicts with the trial date in this case,” the court papers say.

The Fantastic Beasts actor requested on Aug. 21 that the trial be postponed until sometime between on March and June 2021.

Depp filed the $50 million defamation suit against his Aquaman actress ex-wife in 2019 for an 2018 op-ed published in the Washington Post wherein she wrote about sexual and domestic violence. The case has since been handled in Virginia.

The legal papers also state that Heard has agreed to meet on Sept. 11 to discuss the potential delay and that the proposed postponement “would not entail any prejudice to her, much less unfair prejudice” as she’s expected to film Aquaman 2 sometime next year. The sequel to the 2018 film is set to hit theaters Dec. 16, 2022.

The news of the actor’s request to postpone the defamation case comes nearly a month after Depp’s libel battle against Rupert Murdoch-owned tabloid newspaper The Sun. While the 16-day dispute has concluded, a verdict has not been reached. Judge Justice Nicol is set to deliver a result until September at the earliest.