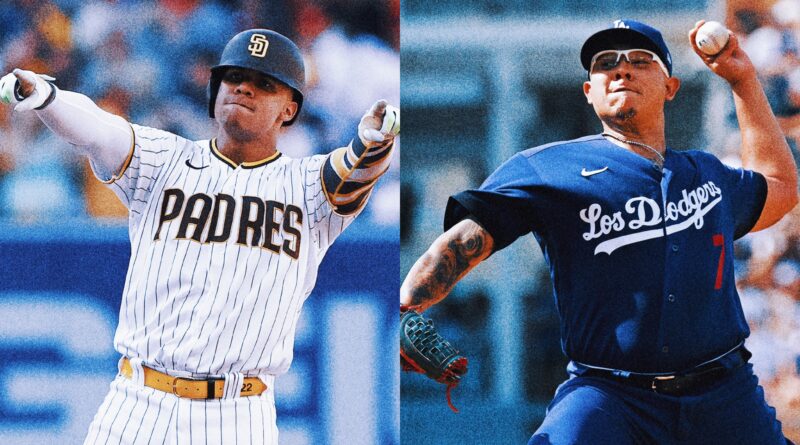 Many MLB stars agreed to one-year deals on Friday, which is the deadline for teams and arbitration-eligible players to exchange salary figures for the 2023 season.

Here are some of the most notable deals that were agreed to on Friday.

Pete Alonso: $14.5 million with the Mets

The Mets were able to strike a deal in order to avoid arbitration with one of the top power hitters in baseball.

Brandon Woodruff: $10.8 million with the Brewers

Arguably one of the best pitchers in the NL Central, Woodruff won’t have to go to arbitration. He went 13-4 with a 3.05 ERA last season, a year after he went 9-10 with a 2.56 ERA that helped him finish in fifth in the NL Cy Young voting.

Woodruff, who turns 30 in February, won’t be eligible for free agency until 2025.

Josh Hader: $14 million with the Padres

San Diego made a pair of pricey deals to avoid arbitration on Friday. In addition to the deal they gave Soto, the Padres gave Hader the richest salary in arbitration history for a reliever.

The lefty was arguably the best reliever in baseball during his five-plus seasons with the Brewers, playing in the last four All-Star Games. However, he struggled in San Diego, allowing 13 earned runs in 16 innings pitched over 19 regular-season appearances. He bounced back in the postseason, though, as he didn’t allow a run and only gave up one hit over 5 ⅓ innings pitched.

Jordan Montgomery: $10 million with the Cardinals

Montgomery continued his solid season with the Cardinals after getting traded from the Yankees at the deadline in 2022. He went 6-3 with a 3.11 ERA in 11 starts in St. Louis. He can become a free agent at season’s end.

Juan Soto: $23 million with the Padres

The young superstar slugger was able to come to an agreement in his new home, agreeing to a $23 million price tag for the 2023 season, ESPN reported.

The 24-year-old is still under club control through the end of the 2024 season, giving both sides time to agree to a long-term deal. But Soto already reportedly turned down a 15-year, $440 million extension from the Washington Nationals before being traded in July 2022.

Julio Urias: $14.25 million with the Dodgers

Los Angeles was able to reach a deal to avoid arbitration with arguably its best pitcher on Friday.

Urias has emerged as one of the best southpaws and all-around pitchers in baseball over the last two seasons. He had a 2.16 ERA and a 17-7 record last season, a year after posting a 2.96 ERA and a 20-3 record.

The 26-year-old could earn himself a large payday in the next 12 months, as he’ll become a free agent at year’s end, unless the Dodgers extend him.

Logan Webb: $4.6 million with the Giants

San Francisco managed to avoid what would have been the first year of arbitration with its ace.

Webb is coming off a career year in 2022, establishing new highs in wins, ERA, innings and strikeouts in his age-25 season. He’s been one of the better hurlers in baseball over the past two seasons, recording an ERA+ of 138 while going 26-12.

With Carlos Rodón departing this offseason for the Yankees, Webb is the unquestioned anchor of the Giants’ 2023 rotation. The crafty righty still has two more arbitration years remaining but should see his wages increase substantially if he continues on his current trajectory.

Ben Verlander interviews Phillies’ Rhys Hoskins after the team punched its ticket to the World Series.

The White Sox avoided going to arbitration with their ace on Friday.

Giolito can become a free agent in 2024.

Rhys Hoskins: $12 million with the Phillies

Philadelphia was able to avoid going to arbitration with one of its top hitters.

The soon-to-be 30-year-old first baseman arguably had his best season in 2022, hitting .246 with a .794 OPS to go along with 30 homers and 79 RBIs. Hoskins also hit six home runs in the postseason, including four in their five-game NLCS win over the Padres.

Hoskins can become a free agent after the 2024 season.

Walker Buehler: $8.025 million with the Dodgers

The Dodgers’ ace might not be pitching in 2023 after having Tommy John Surgery, but he was still arbitration eligible.