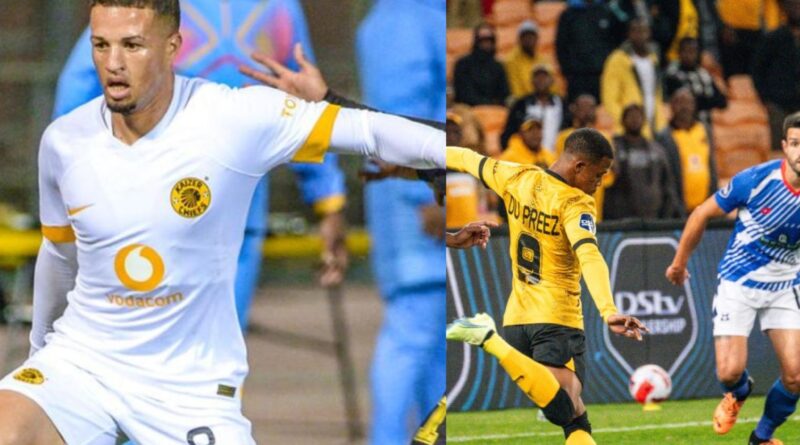 Kaizer Chiefs and Arthur Zwane will have to get very creative upfront when they take on Richard’s Bay with both their strikers being ruled out.

Amakhosi are looking for redemption against Richards Bay at Moses Mabhida Stadium on Saturday.

READ | STAND A CHANCE TO WIN YOUR SHARE OF R5 MILLION IN PRIZES INCLUDING A TRIP TO QATAR!

CHIEFS STRIKERS RULED OUT OF CLASH

Zwane will have to get creative when selecting his attack as Amakhosi seek redemption against the side that knocked them out of the MTN8 two seasons ago. However, they will have to do so with a makeshift attack.

Ashley Du Preez is still sidelined while new recruit Bonfils-Caleb Bimenyimana will not be available.

This is because he still needs to obtain his work permit, according to SoccerLaduma.

“We still going to miss Ashley who is going to be out for some time,” Zwane told journalists at a Media conference on Thursday.

That means that Zwane has no out-and-out striker available against a side that is yet to concede.

Goals win matches and Amakhosi are desperate to win after their humiliating 4-0 loss to Mamelodi Sundowns last weekend. To make matters worse, even Khama Billiat might not be available as he is currently battling with flu.

“Khama has got a bout of flu, we don’t know whether he is going to be available or not. We’ll see how he responds between today and tomorrow,” Zwane confirmed.

It is a nervous wait over the next 24 hours to see if he is available.

Should Billiat be unavailable, Zwane and Dillon Sheppard will have to dig deep into their squad to find replacements. Kgaogelo Sekgota is a worthy option out wide but Amakhosi do not have a natural striker. It will be interesting to see what decision Zwane and the Chiefs make.

Who would you select as a striker for Amakhosi’s match with Richards Bay? Let us know in the comments below.