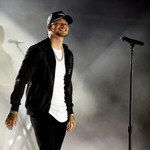 Kane Brown & Nelly Bond Over Being Seen as ‘The Bad Guy’ in ‘CMT Crossroads’ Clip: Exclusive

“Like a lot of the country people,” Brown clarifies.

“Traditional hip-hop looked at me like I was the bad guy,” Nelly responded.

Since CMT Crossroads debuted in 2002, the series has become known not only for smart musical pairings of country artists with musicians from other genres, but also for bringing fans deeper into the creativity and mutual respect the artists have for music.

The conversation with Brown, Breland and Nelly showcases a vulnerable, honest moment between the hitmakers on CMT Crossroads: Nelly & Friends, which also features Blanco Brown and Florida Georgia Line.

Several of the performances featured during the 60-minute CMT Crossroads special will highlight Nelly’s collaborative, country-inspired Heartland EP, which came out on Friday. The album features Nelly’s current radio hit with FGL “Lil Bit,” plus “Grits & Glamour” with Kane Brown, “High Horse” with Blanco Brown and Breland, and more.

Nelly, of course, is no stranger to the country scene, having teamed with Tim McGraw for the 2004 hit “Over and Over,” followed by his smash hit collaboration with FGL on the remixed version of the duo’s “Cruise” in 2012. His collaboration with Jimmie Allen on “Good Times Roll” appears on Allen’s Bettie James EP (the song also appears on Nelly’s Heartland).

During a separate interview segment with Nelly for the show, Kane Brown gives Nelly credit for pulling him back into country music, saying, “I grew up on ’90s country, then I got into hip-hop and everything, and that kind of rooted me back in country, when I heard you on the ‘Cruise’ track.”

Elsewhere in the episode, Nelly sits down with longtime friends and collaborators, FGL’s Brian Kelley and Tyler Hubbard, for a discussion on the impact hip-hop has had on country music, saying, “Hip-hop is the ‘youngest’ music, so it only goes back maybe 40, 50 years. But now, you can’t have anybody 45 years or younger that don’t have some type of affinity for some form of hip-hop. And hip-hop is the only genre of music that touches every other genre.”