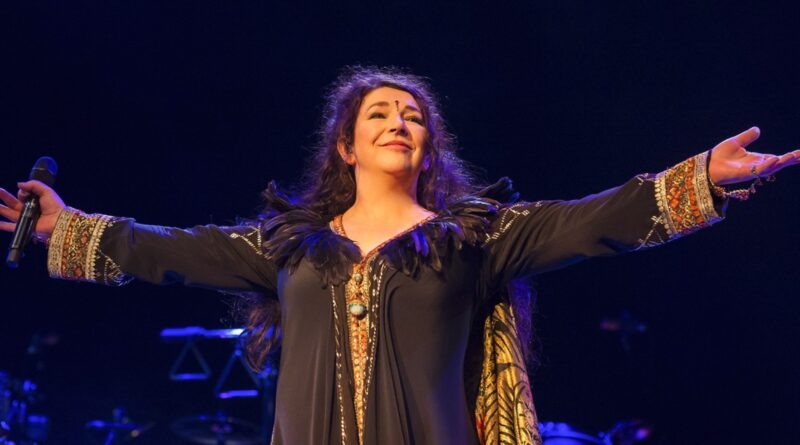 Kate Bush runs up the Official U.K. Singles Chart, with a little help from Stranger Things.

The iconic English singer returns to the U.K. Top 10 with 1985’s “Running Up That Hill” (via Fish People), which is capturing the attention thanks to its prominent use in the fourth and latest season of Netflix’ hit sci-fi series.

The single races to No. 8 this week, a decade after it returned to the top tier when a new mix featured in the closing ceremony of the 2012 London Olympic Games. On that occasion, the song vaulted to No. 6.

The first single lifted from the Hounds of Love album, “Running Up That Hill” strolled to a No. 3 best following its initial release.

Thanks to the good music taste of Stranger Things character Max (played by Sadie Sink), it’s sprinting up charts around the globe. “Running” hit No. 2 on Australia’s latest chart, and, in the U.S., Billboard reported that the track had spiked on Spotify, with a 9,900% gain in plays from Thursday to Monday (May 30).

Bush, who was nominated for the Rock And Roll Hall of Fame this year, is thrilled with all the attention for her classic song.

“You might’ve heard that the first part of the fantastic, gripping new series of ‘Stranger Things’ has recently been released on Netflix,” Bush wrote in a statement on her website. “It features the song, ‘Running Up That Hill’ which is being given a whole new lease of life by the young fans who love the show — I love it too!”

According to the OCC, “Running Up That Hill” shifts 48,000 U.K. chart sales during the most recent chart week.

“It is fantastic to see ‘Running Up That Hill’ returning to the Top 10 this week,” comments OCC CEO Martin Talbot, “driven by its feature in Stranger Things, introducing Kate Bush and this iconic Eighties hit to a brand-new audience.”

Meanwhile, Harry Styles leads the chart for a ninth week with “As It Was” (Columbia), while the top debut belongs to Calvin Harris and Dua Lipa with their latest collaboration, “Potion” (Columbia), featuring Young Thug.

Finally, British punk band The K*nts have a third Top 40 hit, as “Prince Andrew Is A Sweaty N**ce” (Radical Rudeness), a spoiler released to coincide with the Queen’s Jubilee, starts at No. 20.