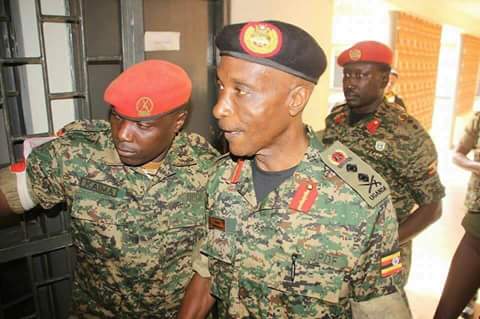 The cases which were read to the General today morning in the court martial include.
Failure to protect war materials by allowing issuance of arms to unauthorized persons – such as those in Boda Boda2010.

Failure to supervise & provide accountability of arms that were given to Flying Squad, Crime Intelligence Unit.

As well as Aiding and abetting kidnapping from Uganda to Rwanda between 2012 and 2016.

The court session has been adjourned to 4th of September. However Kale Kayihura’s bail application hearing has been fixed on the 28th August 2018.