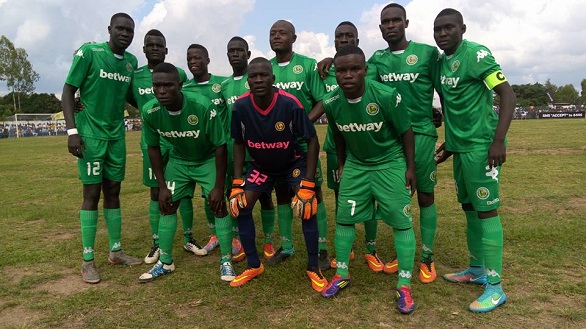 The coach of Kcca Mike Hillary Mutebi recorded his first over Onduparaka Yesterday at Star Time’s stadium, Lugogo.  In the match that ended with 4-1 favour of KCCA , Derrick Nsibambi scored the first goal on the 31st minute. Among others scores is Jackson Nuunda, Tito Okello and Muzamuri Mutyaba.
Onduparaka’s consolation goal was scored by Ahmed Rashid putting KCCA on the top of the table with four points.

KCCA will play its next match on 29th with URA at National Stadium Namboole at 4pm.

In others matches, Soana got it’s First Victory Over Masavu.

Shafik Bisaso, the Soana team coach got his first win in the Azam-Uganda premier league at their home gound; Kavumba recreational center. This was in their match with Masavu Fc where Emmanuel Kawooya scored Soana’s winning goal. It ended with 1-0.