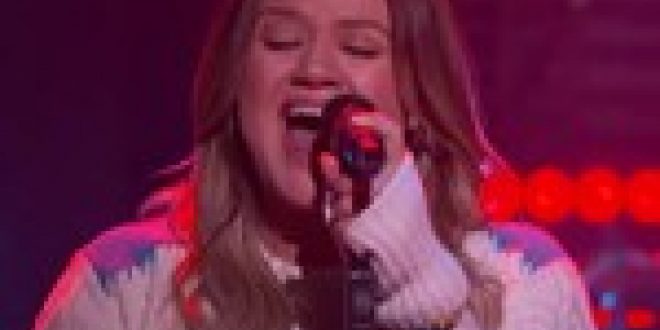 We know who we want to take us home at “Closing Time,” and it’s Kelly Clarkson. The talk show host delivered a cozy rendition of Semisonic’s track for Tuesday’s (June 29) Kellyoke.

The moody red and blue lights that sometimes morphed into purple on stage of The Kelly Clarkson Show gave the same ambience as what listeners might imagine the bar referenced in the song would have. Clarkson made her wishes known by last call when she repeatedly belted, “I know who I want to take me home,” before the lights eventually dimmed and the stage went pitch black for the cliffhanging finale.

“Closing Time” was released as the lead single from the rock band’s platinum-certified sophomore studio album Feeling Strangely Fine in 1998. The song reached No. 1 on Billboard’s Alternative Airplay chart and earned a 1999 Grammy Award nomination for best rock song.