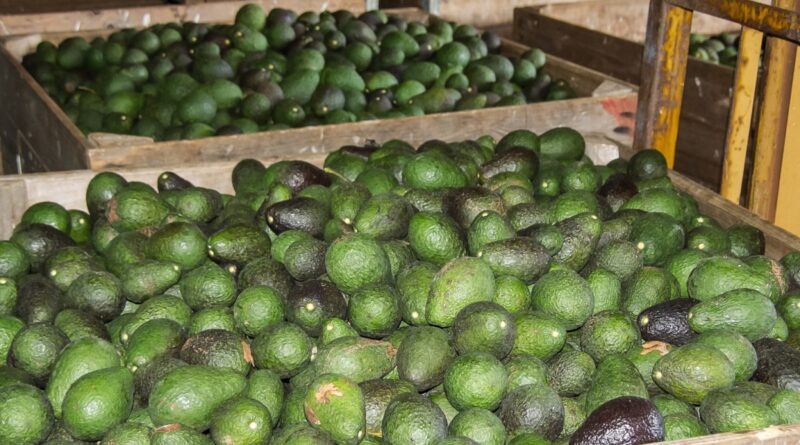 Nairobi — The first consignment of Fresh Avocados from Kenya has hit the Chinese market.

Kenya’s Ambassador to China Muthoni Gichohi graced the official hand-over ceremony of the first batch of Kenya’s fresh avocado export to China which also marks the very first export of such avocados from Africa.

The Ambassador applauded the efforts made by the two Governments towards this noble achievement.

She affirmed Kenya’s commitment to supporting the business communities in both countries as they look forward to enhancing trade facilitation as well as market access of their products and services to China.

This hand-over ceremony comes after this first consignment of fresh avocados to China was flagged off at Sunripe offices in Limuru on 2nd August 2022. The event that was graced by Hon. David Osiany, the Chief Administrative Secretary for Industrialization, Trade and Enterprise Development.

“Kenya aims to export over 100,000 tonnes of avocados. The 1.4 billion population in China is a huge market for Kenya not only for avocados but also for other fresh produce such as mangoes and bananas,” said Dr. Wilfred Marube, Chief Executive Officer, Kenya Export Promotion and Branding Agency.

This journey kick-started in the year 2018 when China hosted the first vibrant China International Import Expo (CIIE) in Shanghai.

The Kenyan high-level delegation to CIIE was led by H.E President Uhuru Kenyatta and saw the signing of various key Memoranda of Understanding (MoUs) including the Sanitary and Phytosanitary (SPS) protocol.

This protocol is geared toward granting market access to thirteen (13) prioritised agricultural products to be fast-tracked for export clearance.

As part of the implementation process, the Kenya Export Promotion and Branding Agency (KEPROBA) together with the Kenya Plant Health Inspectorate Services (KePHIS) facilitated the Chinese Phytosanitary Inspectors to visit Kenya and undertake a Pest Risk Analysis (PRA) on Kenya’s avocados, in March 2019.

Unfortunately, Kenya was unable to meet the requirements for the export of fresh avocados to China at the time.

The Inspectors were however taken to a firm in Naivasha to assess a frozen avocados processing unit which attained a positive compliance rate with the set standards.

“This is a big win for Kenya. China has the potential to pull Kenya’s economic growth through one export of avocado.

“Despite its huge population, China only imports 1% of global avocados, hence a huge export market for Kenya if we could popularize Kenyan Avocados in China. A huge number of livelihoods will be improved by encouraging production to satisfy that market.”

According to the 2021 Export Performance Report, the top five leading global importers of avocado include United States of America, Netherlands, France, Spain and Germany.

The export of avocados to the China market has huge potential and experts have estimated that the exports to China could account for up to 40% of Kenya’s total avocado output.

The market opportunity is also very huge as close to 3 – 400 tonnes can be shipped each week to China.

The balance of trade remains heavily tilted in favour of China.

The opening up of avocado exports to the Chinese market will greatly improve the incomes of local small-scale farmers in Kenya and increase Kenya’s foreign exchange earnings while also addressing the current trade imbalance.

This breakthrough will also enhance the opening of exports to China of other quality agricultural products from Kenya as negotiated in the signed 2018 SPS protocol. Kenya targets to increase her brand visibility in this vibrant Chinese Market which has a huge potential taking into account her high population of approximately 1.4 billion people.