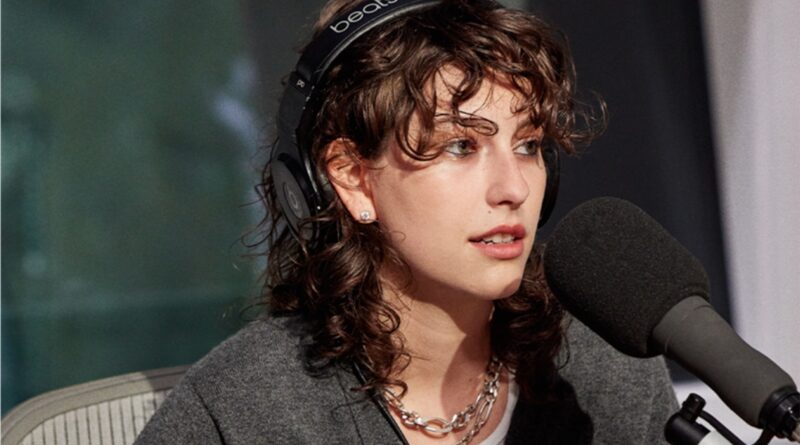 “He was just so kind,” King Princess tells Apple Music’s Zane Lowe of working with the late Foo Fighters drummer on ‘Hold on Baby’ album closer “Let Us Die.”

King Princess is set to release her sophomore album, Hold On Baby, on Friday, and the 23-year-old singer sat down with Apple Music’s Zane Lowe to reveal the poignant story behind the album’s closer, “Let Us Die.”

When she wrote the song and sent it to producer Mark Ronson, she said she knew that “this was probably the best song I’ve ever written.” Ronson, who was equally impressed by the song, suggested that the late Taylor Hawkins should lay down drums on the track. “He was like, ‘But we really need a drummer who’s going to bring life to this. This needs to be a living and breathing person behind a drum kit and not a programmed beat, not a sample. This is the type of song that needs humanity behind all the instruments.’”

“So he called [Hawkins],” Princess recalled. “He called him and he sent him the song and he’s like, ‘Do you want to play on this?’ And he was like, ‘Yeah, man. It’s a great song. Yeah.’ And I was like, ‘Are you serious?’ … So he was recording it at their studio and I was in Brooklyn and we were feeding it through the console. So pretty trippy too to be in my childhood home studio, listening to this guy play on my dad’s speakers. And my dad sitting there watching. I can’t even describe it. I was so emotional. It was crazy. But in between takes, we’d FaceTime and he was just so kind.”

She added, “He was just saying he loves playing drums. And to hear that from somebody who’s lived such a life that, at his age and playing for as long as he has in so many different bands and his own projects, for him to just love to play the f—ing drums, that to me is just what we should all strive to be: Somebody who does not lose that love of their instrument.”

Upon being asked by Lowe how she processed grief and thinking about the song following Hawkins’ untimely death in March, the “1950” singer revealed that she reached out to the late Foo Fighters drummer’s team to ask permission to use his drumming on “Let Us Die.”

“To find out [about his death], I was just completely in shock,” she shared. “And then a couple weeks later I was like, ‘Guys, I think that what we need to do is reach out to his team and just let them decide whatever they want, because it’s up to them and it’s up to his legacy, but I will include that he did love this song and that’s the reason that I would want him on it is because he loved it.’ But we sent this message and it was very respectful, I think. They came back and said, ‘As long as he wanted to be on it, that sounds great.’ And they were just so kind. And I can’t even imagine getting a message like that during that time. I was just so anxious and sad and nervous to just ask of someone like that. But they felt that it was an homage. And it is an homage. It’s for Taylor.”

Hawkins died unexpectedly in March at age 50. He was found dead in his Bogotá, Colombia, hotel room, and his death was announced via a social media statement from the band’s accounts on March 25, with no immediate cause of death known. “The Foo Fighters family is devastated by the tragic and untimely loss of our beloved Taylor Hawkins,” the statement read. “His musical spirit and infectious laughter will live on with all of us forever.”

Watch the interview clip below, and catch Lowe’s full conversation with King Princess via Apple Music 1 at apple.co/_Zane on Thursday (July 28) at 1 p.m. ET.