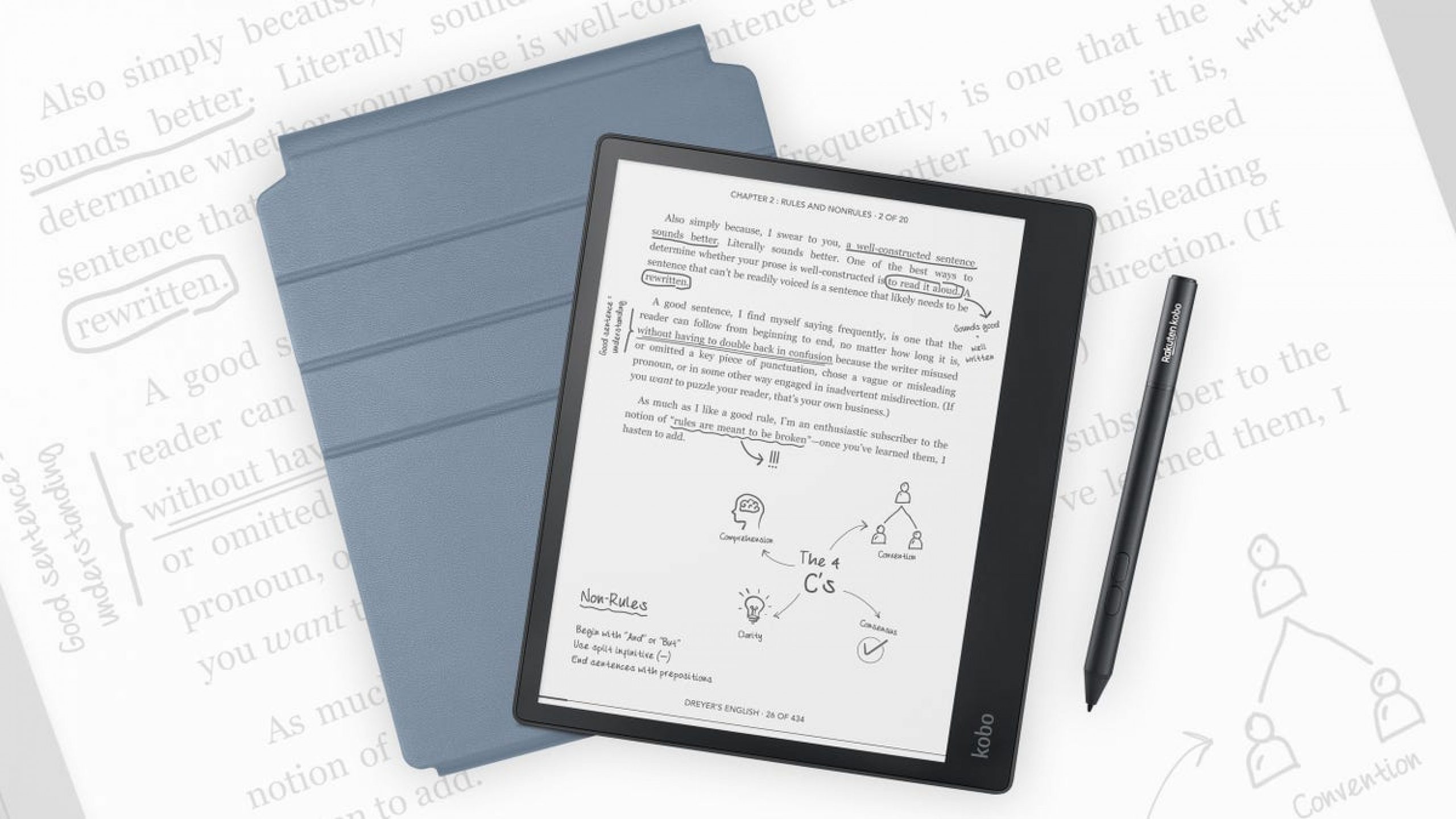 Devices like the reMarkable tablet have been around for about five years now, so Kobo’s Elipsa, a new E Ink-based digital notebook, is a little late to the scene. But the device is bringing a feature that all e-note tablets have been missing so far: a robust, native e-book store, making it great for both taking notes and reading.

At first glance, the Kobo Elipsa looks a lot like the Kobo Forma, which, like the Kindle Oasis, features a thicker bezel on the right side (or left, as either device can be inverted), making it easier to hold and operate single-handed. But where the Kobo Forma boasts an 8-inch E Ink screen, the new Elipsa boosts that to 10.3 inches, with an added layer that allows it to be interacted with using an active stylus. The Elipsa’s larger screen not only makes it better for reading technical documents with illustrations that can’t be easily reformatted for a smaller screen, it also provides more room for annotating docs and ebooks, including the ability to expand the margins so you have more room for markup.

And while the Kobo Forma’s 8-inch screen has a resolution of 1440 × 1920 pixels at 300 ppi, the Elipsa’s 10.3-inch E Ink Carta 1200 touchscreen actually pushes slightly less pixels: 1404 x 1872 at 227 ppi. As a result, there may be slightly more aliasing visible on the Elipsa’s screen compared to the Forma, but Kobo’s new e-note also matches the screen specs of the excellent reMarkable 2 tablet, so the slight drop in resolution is far from a dealbreaker.

When compared head-to-head with the reMarkable 2 tablet, the Kobo Elipsa promises quicker page turns thanks to a beefier quad-core 1.8 GHz processor paired with 1GB of RAM. The Elipsa also comes with 32GB of built-in storage compared to the 8GB inside the reMarkable 2, however, one of the best features of the reMarkable tablets is that out of the box they natively sync to a free desktop and mobile app, whereas cross-device syncing with the Elipsa relies on a Dropbox account and third-party software.

The biggest appeal for an e-note from a company that also makes one of the world’s most popular e-readers is access to a well-stocked online bookstore, making it easier to use the Elipsa for both work and leisure without having to install third-party reading apps. But a close second is the Elipsa’s inclusion of a self-adjusting illuminated screen—a feature that the creators of the reMarkable claim would hinder its simulated pen-on-paper experience. An illuminated screen is also something that e-notes such as the Boox Nova 3 Color offer, but unfortunately, that device uses color E Ink technology that results in severe compromises in screen resolution. What the Elipsa doesn’t appear to have, however, is Kobo’s ComfortLight PRO feature that automatically makes color temperature adjustments to the screen’s lighting.

A pressure-sensitive stylus with swappable tips is included with the Elipsa (they’ll eventually wear down with use) but unlike the Apple Pencil it never needs to be recharged. And unlike the reMarkable 2, which requires a stylus upgrade for eraser functionality, the Elipsa’s stylus has that built in. Instead of flipping it around like a pencil, you press one of two buttons to temporarily switch to erase mode, with the other serving as a shortcut for highlighting or underlining text.

In addition to a stylus, the Kobo Elipsa includes a removable sleep cover accessory, which automatically wakes the tablet when opened and doubles as a stand when flipped around to the back. It also features an integrated stylus holder, keeping the pen securely stored with the lid closed, which is a feature that’s surprisingly lacking in most digital notebook devices. We’ll be sharing our hands-on experiences with the new e-note in the coming week, but if you’re already sold on it, preorders for the $400 tablet start today. Online and in-store availability begin June 24.