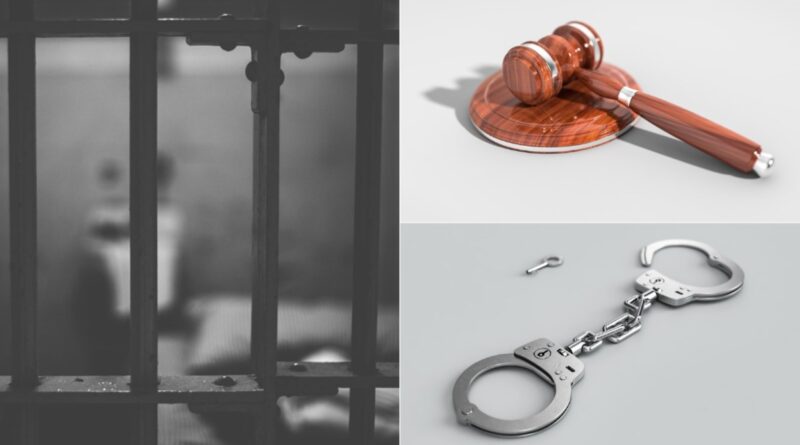 Paris — Today, the Paris ‘Cour d’assises’, composed of three judges and six jurors, rendered a guilty verdict against Mr. Kunti Kamara, of Liberian and Dutch nationality, for complicity in crimes against humanity, and complicity and commission of simple and aggravated acts of torture and barbarism.

The court sentenced Mr. Kamara to life imprisonment. Mr. Kamara has 10 days to appeal the decision.

This trial will mark Liberian judicial history as the first ever conviction for crimes against humanity connected to the conflicts that ravaged this West African country from 1989 to 2003.

It will also mark French judicial history as the first trial for international crimes committed abroad other than those linked to the Rwandan genocide; and is only the fifth trial of this type to take place in France.

In light of the exceptional nature of this trial, the President of the Paris ‘Cour d’assises’ authorized its full recording for the purpose of constituting historical archives.

27 witnesses and experts and 10 civil parties took the stand over more than three weeks of debates and hearings, after a preliminary investigation that lasted several years during which more than 40 people were heard. In addition, Mr. Kamara was heard 10 times and the French judicial authorities went to Liberia to conduct no less than eight reconstructions of the crime scenes.

Civitas Maxima, which is a civil party in this case, filed the criminal complaint in July 2018 that started the proceedings in France.

At the end of this judicial process, Mr. Kamara was found guilty, as an accomplice for crimes against humanity, and as a perpetrator and accomplice of acts of torture and barbarism committed in Lofa County between 1993 and 1994, and as a Commander of the rebel group ULIMO (United Liberian Movement of Liberia for Democracy) as followed: rape and sexual slavery committed by his subordinates on particularly vulnerable people; subjecting a man to severe suffering and participating in the public eating of his heart; executing a sick woman who had just lost her baby because she was accused of witchcraft; subjecting two men to forced labor under inhumane conditions; and torturing a civilian.

For Sabrina Delattre, lawyer for Civitas Maxima and the civil parties, these offences were scrutinised throughout a fair trial in which the judges and jurors gave themselves the means to understand a war and context which were far removed from their own: “The Court dove right into the examination of the facts, starting with a precise and historical study of various elements of the context of the war in Liberia. This then allowed the hearing of the victims, witnesses, and the accused, taking into account this framework. A trial of this type also calls on the jurors’ ability to analyse the facts”.

The civil parties asked for 1 euro in moral damages, as a symbolic gesture. The Court granted the request.

The conviction of Mr. Kamara for complicity in acts of rape and sexual slavery, as crimes against humanity, is particularly significant in the context of Liberia, according to Emmanuelle Marchand, Deputy Director of Civitas Maxima: “This is the first judgment that condemns and recognizes the systematic nature of sexual violence committed during the first Liberian civil war. This recognition is important for the victims of these crimes who are still ostracized and suffer the consequences of these acts today”.

The courage of the victims and witnesses who came to Paris to testify further contributed to this extraordinary quest for justice undertaken by Liberian victims who have been forgotten by both their government and the international community. These efforts have contributed to ten cases in six different countries:among others, the 2018 conviction in Philadelphia of Thomas Woewiyu, a former minister of Charles Taylor in his rebel NPFL (National Patriotic Front of Liberia) government; as well as the arrest, this year, of former Liberian Army General (AFL) Moses Wright, also in the United States.

As the prosecutors stated throughout their arguments, the basis of universal jurisdiction is not to judge “in the place of” another country, but “in the absence” of justice in that country.

According to Hassan Bility, Director of Civitas Maxima’s sister organization, the Global Justice and Research Project (GJRP), it is now incumbent upon the Liberian government to take responsibility for judging crimes committed on its soil during a war that, according to historians, claimed more than 200,000 lives: “It is urgent that the government of my country finally follow the recommendations of the Truth and Reconciliation Commission and establish a judicial mechanism to try the perpetrators of the atrocities of the civil war. More than 30 years after the beginning of the war and almost 20 years after its end, victims and witnesses are disappearing from old age or illness in Liberia. Justice cannot wait any longer or it will never be served”.

Civitas Maxima and the GJRP would like to express their sincere gratitude to Sabrina Delattre and Simon Foreman who represented pro bono Civitas Maxima and the civil parties for years in these proceedings, as well as to the French government, the judges, the jurors, the prosecution and defence lawyers, and everyone else who participated in the trial for making it possible.

Civitas Maxima provided trial monitoring and summaries of the trial, which can be found here.