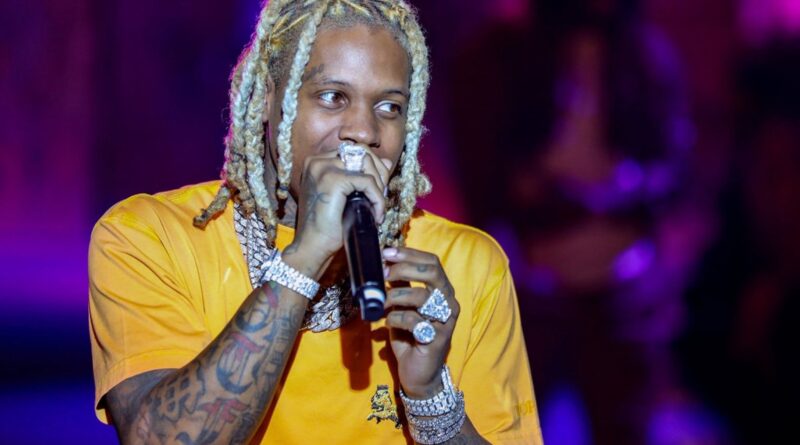 The rapper shared a photo of his eye covered by a large patch on social media.

Lil Durk is taking some time off to recover following an onstage mishap at this year’s Lollapalooza in Chicago.

The 29-year-old drill rapper took to social media on Sunday (July 31) to share an update on his health after being hit in the face by a pyrotechnic during his early evening set on Saturday at the music festival.

“Due to the incident that happened at Lollapalooza in Chicago on stage, I’ma take a break & focus on my health,” Lil Durk captioned the post on Instagram, which shows a photo of the hip-hop artist in a hospital room wearing a mask and a large patch covering his right eye.

“I finished my performance yesterday for my fans. Appreciate y’all.”

In a fan-captured video of the incident, Lil Durk is seen walking across the stage before being struck directly in the face by powerful bursts of smoke. The music then cuts off as the rapper takes a few steps backward and covers his face with his white T-shirt.

“Woah, woah, you alright, bro? That one came a little close. It shot straight up,” a person from the stage is heard saying in reference tp the blast.

Lil Durk took a few moments to collect himself before continuing his performance. “F— it, no more smoke, let’s do it,” he told the packed crowd, according to Page Six.

The “Broadway Girls” rapper had more than 20 U.S. tour dates scheduled through mid-October at press time.

Lil Durk scored his second No. 1 on the Billboard 200 in March with his latest album, 7220. The release then spent three weeks in the runner-up position, before returning to the top in April. The rapper previously topped the list with The Voice of the Heroes, a collaborative set with Lil Baby, for one week in 2021.