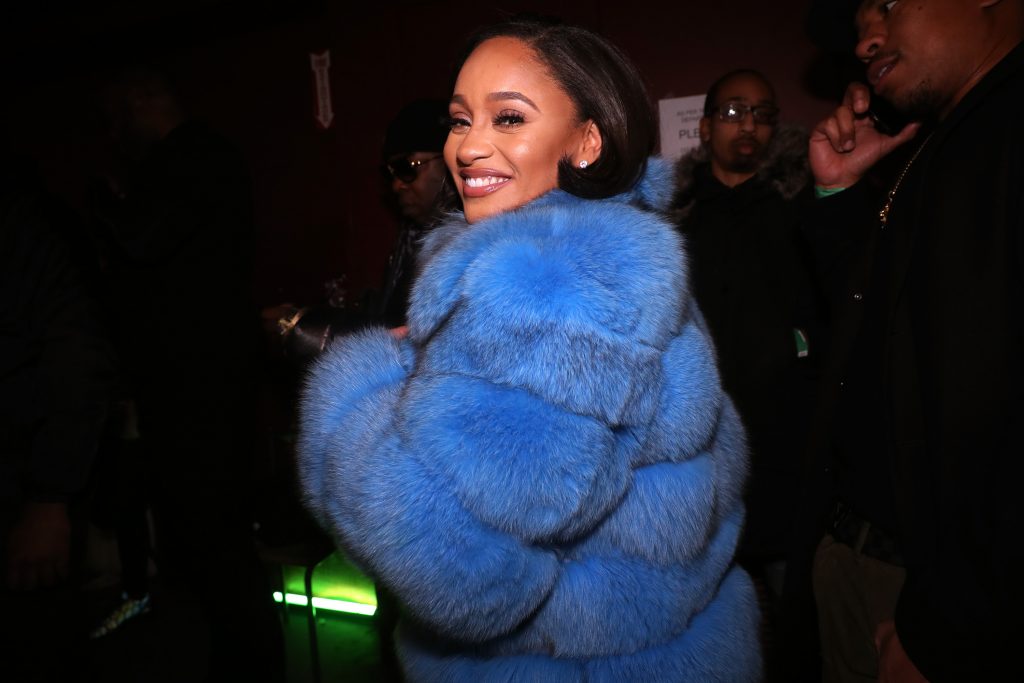 Love & Hip Hop‘s Tahiry Jose dropped some shocking claims about her relationship with Joe Budden. Referring to their relationship as “violent,” she got candid about what she says she experienced.

As a main cast member on of Love & Hip Hop: New York, Jose appeared on the sow for the for the third and fourth seasons. She left the show for several years before returning to the series in the tenth season as a supporting cast member.

Jose Began dating Budden in 2005. Her first two seasons on the show featured a major storyline about her on-and-off relationship with Budden. Another storyline on the show talked about her foray into music. She left Love & Hip Hop: New York just as the fifth season was beginning, though she reportedly taped scenes for it that did not make it into the series.

She claims that there was violence when they were together

In a new interview with Hollywood Unlocked, Jose talked about her relationship with Budden as well as how things are between them now.

In public, she said she appeared as if nothing was happening. “I think that the way I was dealing with being in a relationship with Joe was just tucking it, hiding it because I can’t stop,” she said. “I have to keep going because people rely on me because I have to handle stuff, because I have to grow in this business, because I’m not going to fold.”

RELATED: ‘Love & Hip Hop’: Brandy Speaks for the First Time About Blinding This R&B Singer in One Eye

She then detailed alleged abuse by Budden, some of which she says was a result of telling him to stop beefing. “I’ve been beaten before,” she added. “That relationship left me with a fractured rib and a broken nose because somebody was sending him a message. And I used to always say, ‘Stop beefing out there, I’m still working.’ And he hit me on that nose and then pushed me down a flight of stairs…I remember having a plan to leave because the reason he was so upset was because I was already leaving, looking through my phone and s**t. But I had already told him [to] give me two weeks to pack up my things. He agreed to it and then started looking through my phone. Next thing you know, I got woken up by him dragging me by my ankle. I managed to get up from that floor.”

Jose also talked about going to the hospital and lying to doctors, as well as having this alleged abused referenced in songs. “It started with verbal abuse, emotional abuse and it eventually turned to that,” she continued. “I still fear for my safety. He hurt me bad and I just stayed quiet. I went to the hospital and he sat next to me. I lied to the doctors and said I was cleaning a cabinet and fell in the kitchen. And then he rapped about it.”

What does she say about their relationship now

As of the current state of their relationship, she didn’t necessarily say that they are in a bad place. Still, they don’t seem to be good with each other at the moment either. “With Joey, there’s no telling,” she said. “It’s just he’s pretty much unpredictable. I don’t know if I trust him too much.”

She also said that she forgives Jose for what happened in their relationship. “When it comes to Joe, it all depends. I let go and let God, so I’ve forgiven everything he did so it’s whatever to me.”

Budden has yet to say anything about Jose’s interview.