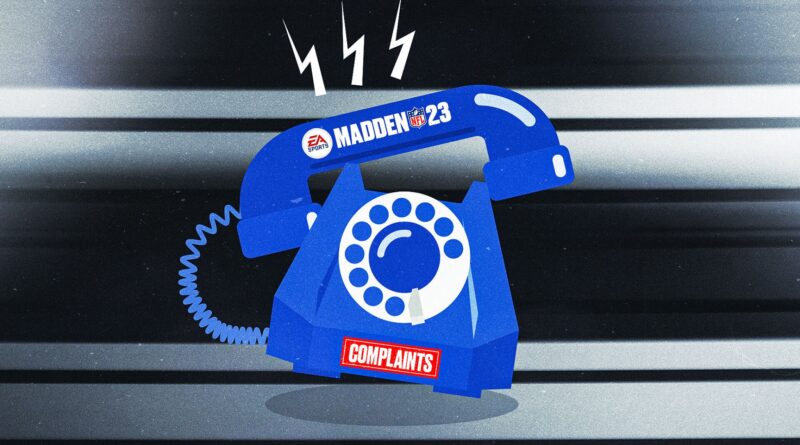 I know when that hotline bling, it could only mean one thing: There is a complaint about player ratings.

EA Sports launched a hotline for fans of the long-running video game to call in about player ratings. In the first six hours after the hotline was announced, EA Sports had already fielded 1,000 complaints about the Madden ratings, according to Emma Walden, who works on the video game as a creator content strategist.

The calls can actually lead to a player’s rating in the game getting adjusted. If a caller makes a valid and proven argument while speaking to a live adjustor, there’s a possibility the game will change the player in question’s rating, EA Sports said via ESPN’s Michael Rothstein.

Player ratings for Madden NFL 23 were released last week and were met with a lot of criticism, as usual. There weren’t any quarterbacks that earned a 99 overall rating, while Buccaneers quarterback Tom Brady got the highest rating at 97. Two-time reigning MVP Aaron Rodgers had the second-highest rating at 96.

While the top two don’t look too controversial, only three other quarterbacks (Patrick Mahomes, 95; Josh Allen, 92; Joe Burrow, 90) had an overall rating that was 90 or higher. Some social media complaints focused on Cowboys quarterback Dak Prescott, who has the sixth-highest rating for the position (89) and is rated higher than Chargers quarterback Justin Herbert (88) and Rams quarterback Matthew Stafford (85) among others.

Both Herbert and Stafford had more passing yards and touchdowns, plus a higher passer rating than Prescott in 2021, and Stafford helped the Rams win the Super Bowl.

Some other popular critiques in the player rating included Panthers running back Christian McCaffrey getting a 96 after playing in just 10 games over the last two seasons, and 49ers star Deebo Samuel, who got an 89 rating after posting 1,770 combined receiving and rushing yards, plus 14 touchdowns last season.

Aaron Donald, Davante Adams, Myles Garrett and Trent Williams were the only four members named to the “99 Club.”