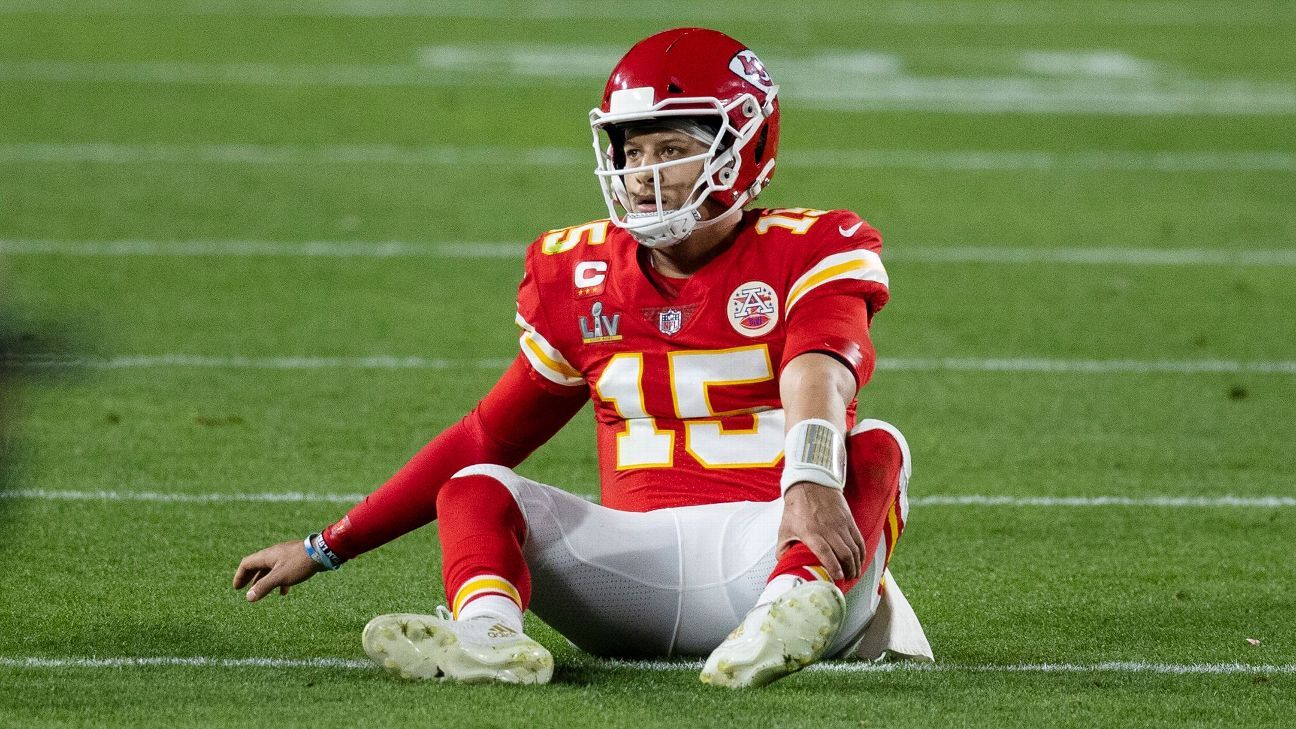 Mahomes ‘ahead of schedule’ after toe surgery

KANSAS CITY, Mo. — Patrick Mahomes said Monday that he is ahead of schedule in his recovery after having surgery for turf toe shortly after the Kansas City Chiefs’ Super Bowl LV loss to the Tampa Bay Buccaneers.

“I think I’m progressing well,” said Mahomes, who felt well enough recently to travel to Georgia and attend the Masters Tournament with, among others, teammate Travis Kelce. “I think I’m ahead of schedule myself. Obviously, we’re trying to be cautious. We’re not pushing me out there too soon. But I’m doing what I can. I’ve gotten out of the boot finally. It took forever. Now I’m trying to get back on the field and get that stuff working. I’m sure they’ll keep me on that same pathway and that hopefully I can do some stuff by the end of the offseason.”

The Chiefs began their offseason program Monday but aren’t scheduled to begin practice as a group until late May. They’ll finish for the offseason in June. Whether Mahomes is on the field for that or not, the Chiefs expect their quarterback to be at full strength for the beginning of training camp in July.

“He’s got great flexibility in that toe,” Chiefs coach Andy Reid said. “He worked his tail off, not a real fun thing for him to do with that. It seems like a small thing, but that toe is rather large and stiff before the surgery and after the surgery, so he’s really worked hard to get that right.”

Mahomes, a new father, and Reid said they’ve received their vaccinations for COVID-19. Reid said about 18 Chiefs players have been vaccinated.

“To me it was more of a personal decision with having a baby girl and knowing I was going to be around people,” Mahomes said. “I wanted to make sure I did whatever I could to help keep her healthy.”