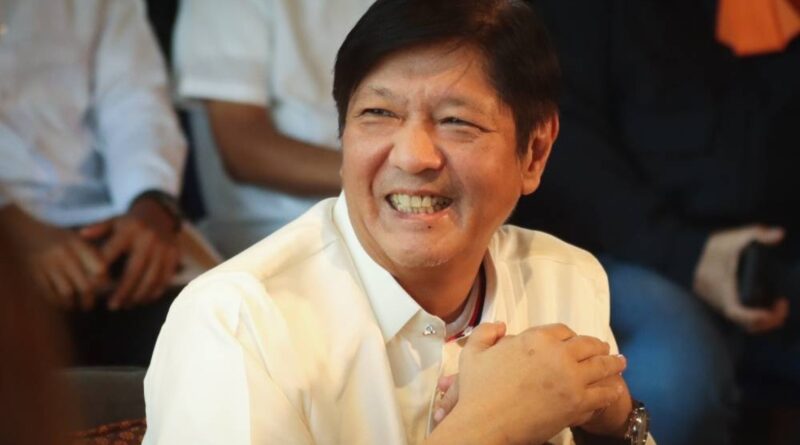 (UPDATED) PRESIDENT-ELECT Ferdinand “Bongbong” Marcos Jr. on Monday will temporarily act as the secretary of the Department of Agriculture (DA) to address the most pressing concerns of the agriculture sector.

In a press briefing, the incoming leader said the problem in the agriculture sector is “severe.”

“I think the problem is severe enough that I have decided to take on the portfolio of the secretary of Agriculture at least for now,” Marcos told reporters at a press briefing at the BBM Headquarters in Mandaluyong City.

His decision to head the Agriculture department was “not only to make it clear what a high priority we put on the agriculture sector, but also as a practical matter so things will move quickly,” he added.

Among his plans is to rebuild the value chain of agriculture, and one way to reach this is by tweaking the DA’s organizational structure.

“The other priority, which is equally important, although it’s a long-term process, is the restructuring of the Department of Agriculture,” the president-elect said.

“Many of the agencies have changed their functions over the years. We have to restructure the actual department to be more responsive to the global situation,” he added.

Marcos also touched on his plan to “rebuild the value chain of agriculture,” especially amid the looming global food crisis brought about by the ongoing Russia-Ukraine conflict and coronavirus pandemic, among others.

“There will be an increase in food prices in the next quarters, simply because of outside forces that have been impacting upon our food supply,” he noted.

“The emergency measures that we have taken will not be efficient in the long run. We have to plan in a more thorough fashion than just responding,” he added.

A review of the Rice Tariffication Law is also possible in the agenda, particularly the provision which mandates tariffs collected from rice imports should go to the annual P10-billion Rice Competitiveness Enhancement Fund.

The said fund is intended to finance programs that will sharpen local rice farmers’ global competitiveness by way of farm mechanization, high-quality seeds, access to credit and training.

Collections in excess of the P10-billion fund will go to the Rice Farmer Financial Assistance or the RFFA.

“As for the amount of funding we reinvest for farmers and the facilities, we can look at that and see,” Marcos said.

“Now we are in a situation where we should increase production,” he added.

Presidential Adviser for Entrepreneurship Jose Maria “Joey” Concepcion 3rd on Monday welcomed Marcos’ decision to head the Department of Agriculture for the time being.

“Many of our MSMEs (micro, small and medium enterprises) are based in the agriculture sector, and the president-elect has expressed his intention to focus on our country’s small entrepreneurs,” he said.

“This would be a chance to help both our farmers and our MSMEs,” he added.

Concepcion said it would be a natural choice for the incoming president, since he has always expressed his intention to continue his late father’s projects in the sector.

“There are many programs that his father started that I believe can be revived and will redound to benefits for the country’s agriculture sector,” the Go Negosyo founder said.

“The Masagana 99, the Food Terminal Inc. and the Kadiwa stores are only a few of the projects that I believe can be revisited today,” he added.

He expressed hopes that the reforms being planned by Marcos will help the agriculture sector “become more resilient and able to withstand future disruptions,” particularly when it comes to the food supply.

The president-elect earlier expressed his intention to rebuild the value chain of agriculture which, along with food security, will be a priority of his administration.

“The Masagana 99 was quite a successful project, and there were several infrastructure projects like the Pantabangan Dam and Magat Dam that really helped Northern Luzon become a productive rice producer. The challenges that many of our agriculture-based MSMEs space is on productivity. I look forward to how our next president can help lift many out of poverty,” Concepcion said.

“Our continuing efforts to mentor farmer entrepreneurs through our programs like the Kapatid Agri Mentor Me Program will dovetail with the president-elect’s efforts to help both the MSMEs and the agriculture sector,” he added.