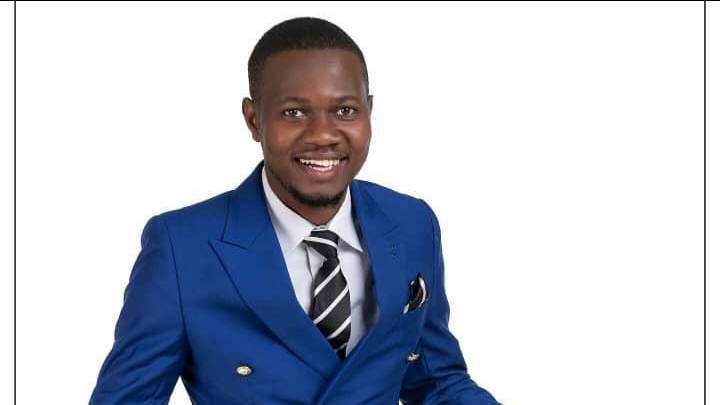 A new entrant Paul Owor 29, a procurement specialist and proprietor of the Shinrai construction Company in giving Super FM Managing Director Peter Ssematimba sleepless nights over his Busiro South Seat.
Owor who started his ground consultations only three months ago is now a darling of Ssematimba’s Constituents and a household name.
If not checked, the young entrepreneur who prides himself as a solution – oriented leader could tear the opposition and the ruling party apart.
While appearing on Sir Simon Muyanga Lutaaya’s show, Owor said Busiro South Constituency is along forgotten area with poor health facilities and care, poor road network, education and sports system condemning the residents to abject poverty
The father of 2 says he is committed to implementing 50% of his manifesto before he is elected and is demystifying Ssematimba’s financial muscle by on spot delivery of voters’ demands.

What Owor is doing

Owor has so far delivered 4 Ambulances, 4 Ultrasound machines to the Constituency that has four Sub counties of Katabi, Sissa, Kajjansi and Bussi. At least 228 Community Saccos have received financial support from the Elect -Owori Paul camp ranging between 300,000 – 2m.
He is constructing eight first ever public toilets in the islands of Sissa and Bussi,donated 10 beds to Kaaso Health Center, Solar power,dug 10 Boreholes and repaired Buvi road among his surprise projects that are driving residents crazy.
Owor says he will construct a stadium, a private technical institute and establish horticultural farms for commercial and demonstration purposes in the area to create jobs and improve household income.
He has shunned political parties offering to stand as an independent candidate arguing that parties divide people and provide limitations to a leader’s performance and interaction with the electorate.
He says Ssematimba’s representation is greatly lacking as was his predecessors JB Mutebi of Democratic Party. He says the only footprints of representation are those of Late Patrick Musisi who represented Busiro South before 2006.

For an area that lacks proper health facilities, roads, clean water, sports facilities and education despite being near the country’s source of power,Owor now says if elected he will lobby for construction of Nateete – Kasanje road, build a secondary school in Busi, institute a special medical task force for the constituency, build a stadium and establish communal farms.
Paul Owor is a founding partner and managing director of Shinrai Group Ltd, Shinrai transporters, Funtime Safaris, Gifted Music Group, Kyeyo online, Tour and Travel Companies, Garbage Collection Company and construction companies.

Busiro South in Wakiso District is comprised of the Sub counties of Sissa, Katabi, Kasanje and Bussi with 28 parishes. It stretches from Nkumba to the Islands of Bussi and Sissa.
It is the area represented by Peter Ssematimba who first contested for Kampala Lord Mayor against Erias Lukwago in 2011 but lost miserably. Piraaa Ssematimba as his popularly known then relocated to Busiro South where he won comfortably riding on the disagreements between opposition DP Candidates Joseph Ssekigozi and Simon Kagwa Njala who split their vote to give the fresh senior six vacationist also MP a smooth ride.

Are the odds changing this time round? Only time will tell.