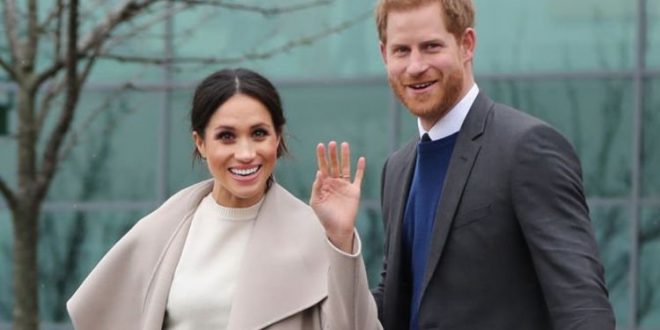 The Duke and Duchess of Sussex recently purchased an impressive new home in Santa Barbara, Montecito. The house includes nine bedrooms and 16 bathrooms as well as a guest house, a tea house, a children’s cottage, a full-size tennis court, a lap-lane swimming pool, and an elaborate built-in children’s play-set. However, some experts fear they can’t afford the home along with running costs and repaying taxpayers for the renovations on Frogmore cottage.

The Sussex’ new home is reportedly worth at least $10 million more than what they purchased it for.

According to the Daily Mail, Harry and Meghan have a $9.5million mortgage for their new home.

Moreover, running costs per year on the home will no doubt be extortionate.

Therefore it will cost the pair about $4.4 million just to live, in addition to the money they are paying back British taxpayers for more than £2million Frogmore Cottage renovations.

Still, with their forthcoming projects, it looks like the duo are not too bothered by the eye-watering overhead costs.

An insider explained: “They do have a mortgage, but they see this as their own place, free from relying on anyone else – a proper family home.”

Meghan Markle news: According to the Daily Mail, Harry and Meghan have a $9.5million mortgage for their new home (Image: SAVETHECHILDREN)

Royal finance expert David McClure seemed sceptical of their purchase of such an expensive property in an interview with The Sun.

He said: “I am surprised they can afford it all.

“They must start making money quickly.”

Meghan is said to have amassed £3.8m in her acting career while Harry’s £19.2 million comprises of an inheritance from Princess Diana and an annual allowance from Prince Charles.

This sparks further speculation that Prince Charles will foot the bill for the luxurious home.

Since moving to north America, the Duke is known to have undertaken just one paid for appearance.

Harry appeared at a star-studded JP Morgan summit in Miami in February.

Papers from their now in liquidation Sussex Royal Foundation showed it was owed £200,000 from an unknown source.

Harry and Meghan’s new home is located on a private road in a luxury and secluded estate in Montecito.

The property is around a two-hour drive from downtown Los Angeles.

Almost every house in the multi-million-pound neighbourhood is designed for privacy, with long driveways and large gates.

Meghan Markle news: Since moving to north America, the Duke is known to have undertaken just one paid for appearance (Image: GETTY)

Speaking to Page Six about the couple’s decision to buy a home, a source said they moved in last month.

They said: “Harry and Meghan have been quietly living in their own home in Santa Barbara since early July.

“They are not houseguests of Oprah or anyone else, they bought this home themselves. This is where they want to continue their lives after leavin