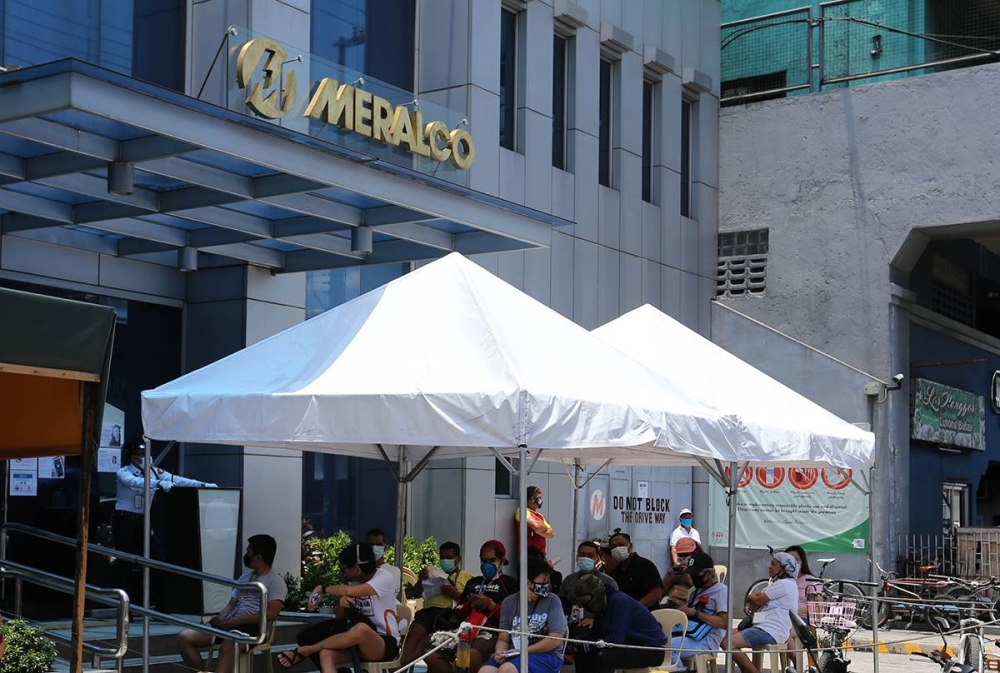 Meralco rates up in Sept

POWER distributor Manila Electric Co. (Meralco) on Friday announced that there will be a slight increase in electricity rates this September because of higher generation charge.

In a press briefing on Friday, Meralco spokesman Joe Zaldarriaga said the overall rate will increase by P0.1055 per kilowatt-hour (kWh) to P9.1091 per kWh. This compares to last month’s P9.0036 per kWh.

With the upward rate adjustments, a typical household consuming 200 kWh a month may expect to be charged around P21 more in its total bill.

Households consuming 300 kWh, 400 kWh and 500 kWh can expect to see their September bills increase by P31 P42 and P52 respectively.

It also noted that charges from the Power Supply Agreements (PSA) registered an increase of P0.2494 per kWh.

“The reduction in demand brought about by the re-imposition of enhanced community quarantine in Metro Manila and neighboring regions led to lower excess energy deliveries, which are priced at a discount, from South Premiere Power, San Miguel Energy, and AC Energy. Despite the increase, PSAs remained Meralco’s lowest cost source of supply,” it said.

Likewise, fuel costs of Sta. Rita and San Lorenzo, which is around 60 percent of their total cost, also increased due to the use of more expensive alternative liquid fuel for their continued operation, following the ongoing restriction of gas supply from Malampaya.

According to Meralco, the lower demand in the Luzon grid also offset the impact of higher plant outages during the August supply month. As a result, Wholesale Electricity Spot Market (WESM) charges registered a reduction of P0.7504 per kWh.

“However, charges from the WESM would have further decreased by P0.5646 per kWh without the correction on the Net Settlement Surplus (NSS) component in the July 2021 WESM bill, and the generation charge adjustment would have been only at P0.0553 per kWh,” the utility giant said.

Meralco also said that the transmission charge for residential customers was lower by P0.0520 per kWh due to a significant decrease in Ancillary Service charges. Taxes and other charges likewise decreased by P0.0458 per kWh.

Meralco had announced that disconnection activities will remain suspended in these areas until September 15 for NCR, and until the end of the month for Bulacan, Cavite, Rizal, and Lucena in Quezon, after the government placed these areas under modified enhanced community quarantine (MECQ).

“Given the most recent announcement of the Government placing NCR, Cavite, Rizal, and Laguna under MECQ, all disconnection activities in the said areas will also be suspended to help ease the burden of our customers with the needed relief and additional time to settle their bills,” said Ferdinand Geluz, Meralco FVP and Chief Commercial Officer.