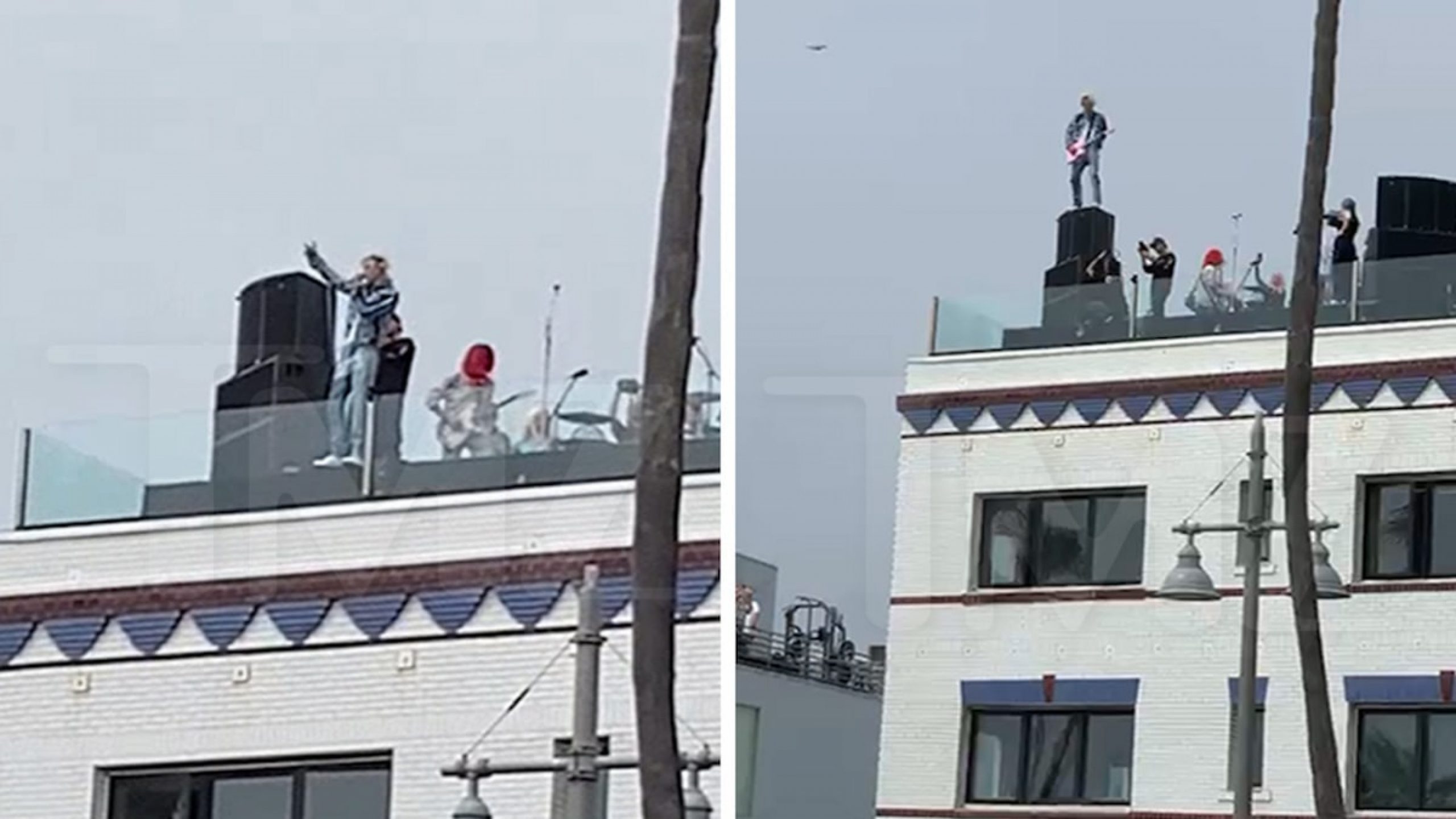 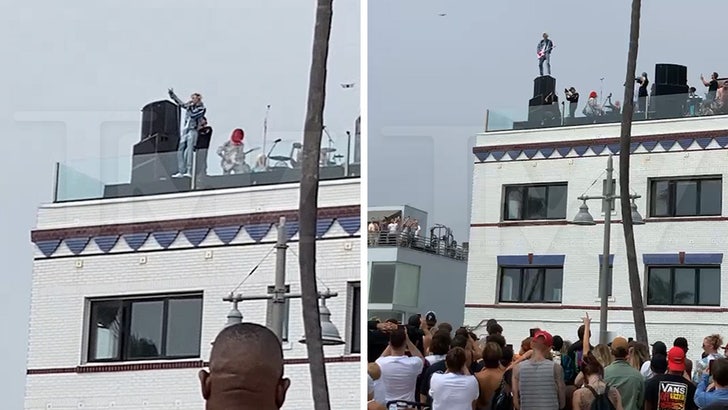 Machine Gun Kelly and Travis Barker do not seem to be afraid of heights — because they went waaay up for an impromptu performance … and then, MGK went a little bit higher.

The two rockers strutted their stuff Saturday afternoon for a rooftop concert at Venice Beach … which they told their fans about last minute, in what turned into a flash mob type event that tons of people came out for, or simply caught live if they happened to be in the area.

Kelly was on lead vocals and guitar, while Trav handled the drums (obvs). The duo — who are also dating some of the hottest female stars in Hollywood, Megan Fox and Kourtney Kardashian — appeared to be promoting a new song of theirs, “A Girl Like You,” which is on the season 1 soundtrack for Amazon’s “Paradise City.”

Their show seemed to go off without a hitch — with MGK shouting out Travis and also giving a nod to what appears to be the tail end of the pandemic here in the States … something the crowd certainly agreed with, as mostly everyone is dealing with COVID fatigue. 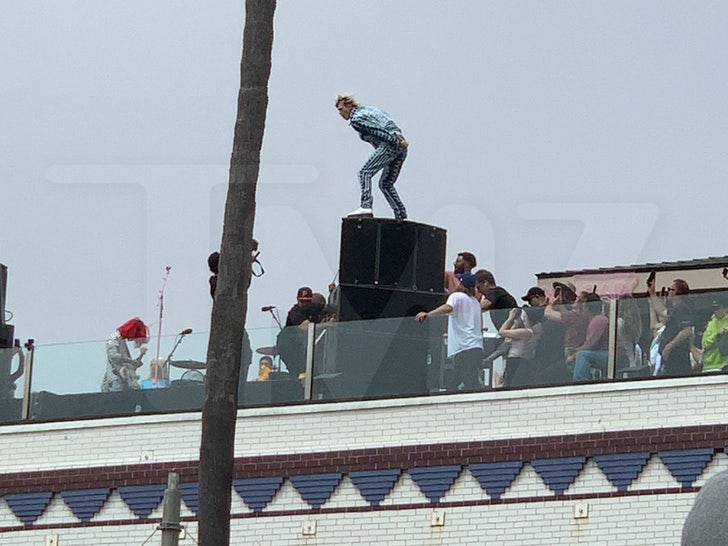 However, there were moments during the concert where Kelly got up onto the speakers near him — balancing while also rocking out. It was cool and all, but also … high-key freaky. One misstep, and the dude could’ve taken a nasty tumble and hurt himself — maybe worse.

All’s well that ends well, though — MGK ended up fine … and not just, he was met with a crush of people waiting to greet him on his way out — which we caught on video as well. 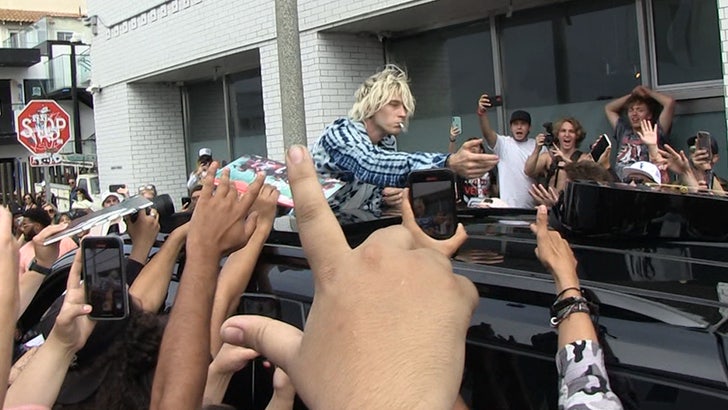 There’s no question — he’s a rock star … and got the appropriate treatment upon his exit.