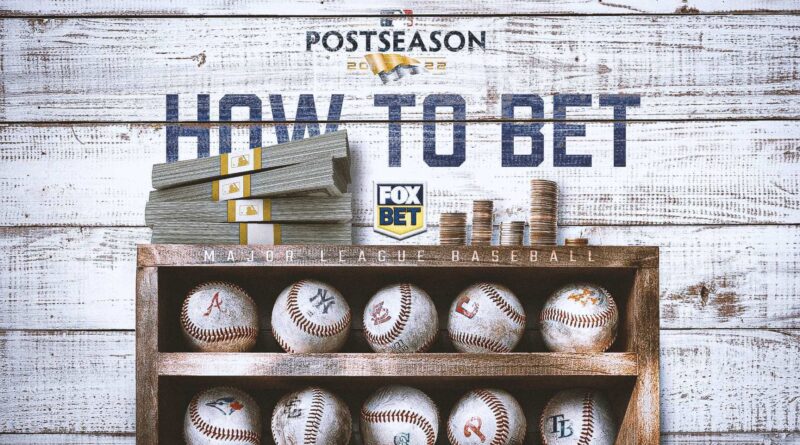 The MLB regular season has concluded, which means the Wild Card Round is officially underway starting on Friday, Oct. 7.

I will guide you through these playoffs by giving you daily study materials. That homework consists of previewing each game with some bets I like for the daily slate.

That is the school bell, which means class is back in session!

Here are my favorite bets for Friday, with odds via FOX Bet.

For the series, do not expect a lot of offense.

Both batting lineups rank in the middle of MLB in wRC+ (Rays at 101, Guardians at 99, with the average being 100). While both ball clubs are starting this best-of-three series with their aces, what matters more involves forcing a pitcher to throw more, so they can get into the bullpen sooner. Here, the Rays have the advantage. On outside the strike zone swing rate, Tampa Bay is 32.5%, and Cleveland is 34.2%. That plate discipline has me leaning Rays on the moneyline.

While both pitchers have done an outstanding job limiting hard-hit balls, the starkest difference between Zack Wheeler and Jose Quintana involves striking out hitters. Wheeler’s 26.9% ranks among the best in baseball, while Quintana’s 20.2% suggests he relies on his defense more to get through innings. Philadelphia has big questions regarding its defense, but having Wheeler on the mound will prevent the questions from becoming problems, at least to start the series. I like Philadelphia to win the game.

Seattle made a major investment in Luis Castillo, its newly acquired hurler (a 5-year, $108 million deal). It’s more than understandable, given how well he has pitched for the M’s since the deadline, notably with how well he’s kept pitches inside the ballpark. Since August, Castillo’s home run to flyball rate has been 10.3%; last year, it was 15%. Given how powerful Blue Jays’ bats have been all season, the only way Seattle has any chance of winning this series is by Castillo having a monster outing, and I have him doing enough to keep this game low-scoring. I like the Under.

Just because the Mets let the division title slip away does not mean they have been playing poorly down the stretch. Since September 1, the Mets have ranked second in expected fielding independent pitching (2.96) and third in wRC+ (116). My question for New York has always involved the health of the toughest one-two punch in starting pitching: Scherzer and deGrom. While San Diego is a different ball club since the start of the season because of its huge acquisitions at the Trade Deadline, the Mets are even more impactful when everyone is available. Assuming that stays true for this series, I lean Mets’ run line in this game.

Edward Egros is a sports analytics broadcaster/writer, a sports betting analyst, a data scientist and an adjunct professor of statistics at Pepperdine University. These passions have led him to become a cold brew aficionado. Edward previously worked in local television, notably at the Fox affiliate in Dallas covering the Rangers, Cowboys and high school football.  Follow him on Twitter @EdWithSports.