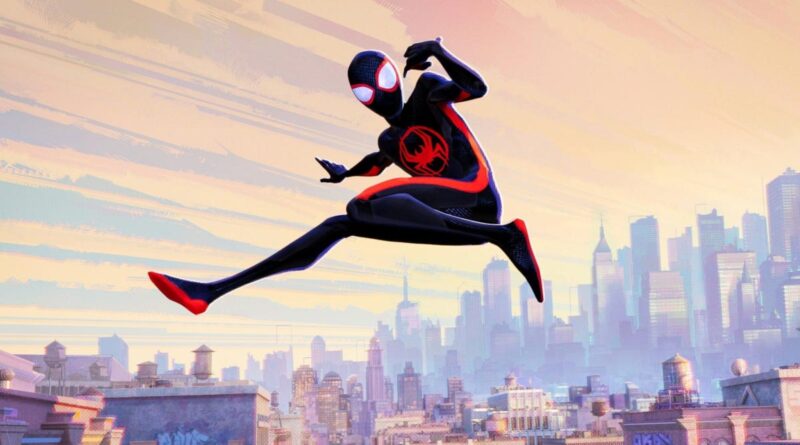 The latest trailer for Spider-Man: Across the Spider-Verse is jam-packed with Spider-People—but don’t worry, there are more. In addition to the awesome, emotional trailer for the highly anticipated sequel, Sony released a few concept images of other characters coming to the multiverse who are not in the trailer, and they’re all incredibly cool.

Let’s start with one we already knew about: Hobie Brown, aka Spider-Punk. He’ll be voiced by none other than Oscar winner Daniel Kaluuya, and while the character was first revealed in some merchandising for the film, this is our best look at him yet.

Then there’s Pavitr Prabhakar, aka Spider-Man India. The very first teaser for Across the Spider-Verse had a brief glimpse of the character’s world but now we know for sure he’s going to be in there. No word on who will provide the voice, but here’s his awesome, unique look.

Did you notice in the trailer that older Peter Parker, voiced by Jake Johnson, is wearing a baby carrier? Well, it seems as if he and Mary Jane had a baby and this concept art refers to her as “Mayday.” That’s significant because in the comics, Mayday aka May Parker, grows up to be a Spider-Woman. Maybe that happens in the next film.

Oh, and when these were presented the words “visual development” were on each piece of art should make it clear but these are not final images. But the fact that these three characters are not in the new trailer, a trailer absolutely filled with Spider-People, speaks to just how many are going to be in the new movie.

Spider-Man: Across the Spider-Verse follows the continuing adventures of Miles Morales (Shameik Moore) who once again teams up with Gwen Stacy (Hailee Steinfeld) to save not just one universe but many. It’s scheduled for release June 2, 2023 and will then be followed by the trilogy capping Spider-Man: Beyond the Spider-Verse on March 29, 2024.