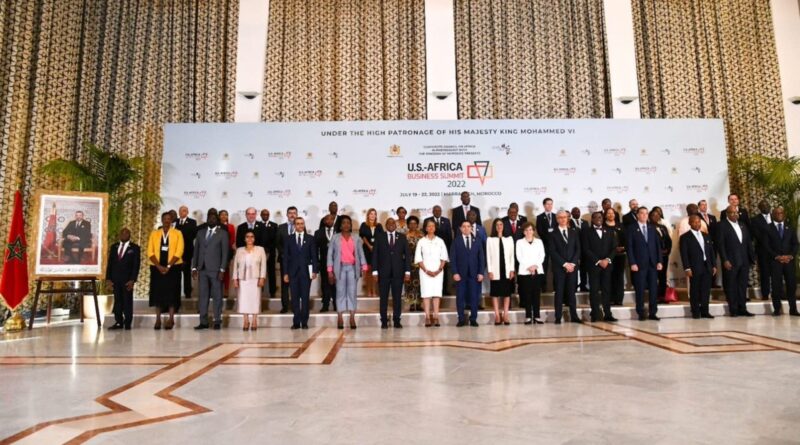 Marrakech — The Head of Government, Aziz Akhannouch, and president of the Millennium Challenge Corporation (MCC), Alice Albright, welcomed, Wednesday in Marrakech, the dynamism of their “fruitful” partnership, especially in the light of the last phase of the “Millennium Challenge” program.

“Morocco is positioned as an excellent partner for the Millennium Challenge Corporation, committed to investing more in the Kingdom,” said Akhannouch in a statement to the press after his talks with Albright, accompanied by the official delegation of the United States participating in the 14th edition of the U.S.-Africa Business Summit.

The MCC delegation stressed that the United States of America has confidence in the various programs conducted in Morocco, under the enlightened leadership of His Majesty King Mohammed VI and is ready to accompany them, stressed the Head of Government, adding that the Kingdom continues to implement its various commitments relating to the Millennium Challenge Program, signed between the Government and its American counterpart represented by Millennium Challenge Corporation.

While recalling that Morocco has received, through the two programs of the MCC, more than one billion dollars, Akhannouch welcomed the remarkable progress made in the implementation of the various projects covered by the second program aimed at enhancing the quality of human capital and improving land productivity.

For her part, Albright welcomed the “very fruitful” and “long-standing” partnership sealed with the Government of Morocco with which, “we work in the framework of compacts”, praising the progress made in the implementation of various activities under the cooperation programs subject of “Compact II”.

“We are about to complete Compact II, as focused on training, vocational and technical training and the development of industrial zones,” explained the U.S. official, noting that the MCC works closely with its partners in Morocco, under this program to create 28,000 jobs and benefit more than 800,000 Moroccans.

The talks between the two officials, which focused on the various aspects of partnership and cooperation between Morocco and MCC, were also an opportunity to discuss ways and mechanisms to support the last phase of the program “Millennium Challenge”, which ends in March 2023.