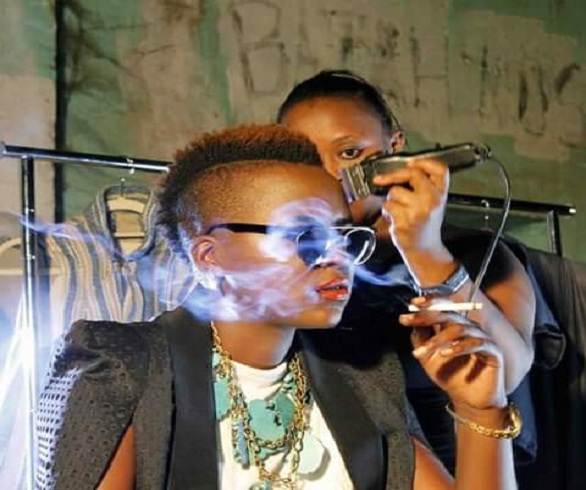 ‘’Thank you Canada for giving me a new home…I feel free like a new person it was a burden to live in a box and walk on egg shells.’’ She tweeted.

Ugandan Hip Hop artiste, Keko says she knows there are several Ugandans who are gay and she therefore seeks to inspire them. Keko’s prayer is that Africa can as well get the freedom in most European countries where activities like gay and lesbian acts are commended.

The Make You dance hit maker has come out to clearly reveal to the world about her being gay. Recently in an interview the Tororo native revealed how she knew that almost everyone was aware about her being gay. According to Keko however much she tried to keep in denial she couldn’t contain it as several people knew about it and she therefore had nothing to hide. “I have been trying to hide it that am gay, but i knew every one knew it, Until now when i decided to say it out” Said Keko in her own words.

‘’My gay ass is free yes free and there will be a wedding you best believe.’’ She went on to hint about her upcoming gay wedding. Punishable by life in prison, homosexuality was made illegal in 2014 in Uganda.

Keko was also recently embattled with drug abuse that  saw her pushed into the rehab. She says she took drugs to recover from the fatigue of her failed music but they just made it worse.