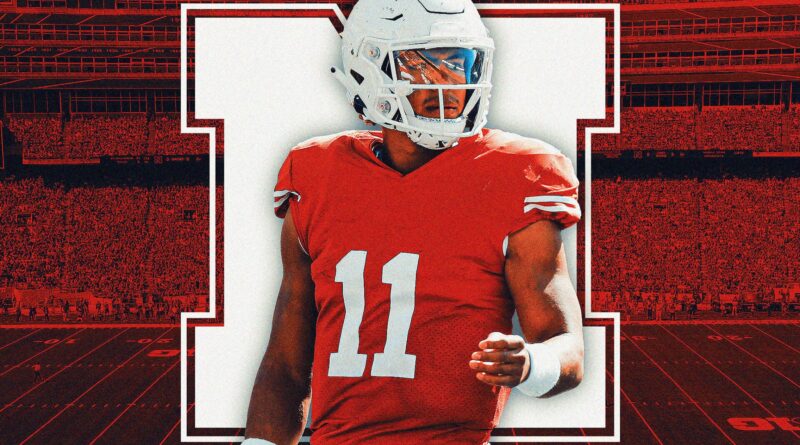 Frost said that Thompson is going to be “the guy” in an appearance on the Husker Sports Nightly radio program. The Cornhuskers open the 2022 season against Northwestern in Dublin, Ireland on Aug. 27.

“Talking to the offensive staff about it, Casey’s going to be the guy,” Frost said. “But we’ve had a lot of guys playing well at that position.

“Chubba [Purdy] just keeps improving. Logan [Smothers] is clearly better than he was last year. We’ve seen a lot of good things out of [Heinrich] Haarberg, and Richie [Torres] is a super-talented young guy. I really like what we have at that position. I wouldn’t be surprised if more than one plays. But Casey’s going to take the first rep.”

Thompson transferred to Nebraska after three seasons at Texas, where he was the primary starter in 2021. He finished with 2,113 passing yards, 24 passing touchdowns, nine interceptions and a 154.7 quarterback rating while completing 63.2% of his passes. He also logged 157 rushing yards and four rushing touchdowns.

“There’s no substitute for having played a lot of college football,” Frost said of Thompson. “There’s been fewer mistakes from him.”

Purdy, who was also in the running for the starting nod, transferred to Nebraska after two seasons of scattered playing time at Florida State.

Frost, who’s entering his fifth season as Nebraska’s head coach, previously referred to the team’s starting QB position as Thompson’s “job to lose.” Adrian Martinez served as Nebraska’s primary quarterback from 2018-21. He transferred to Kansas State this past December.