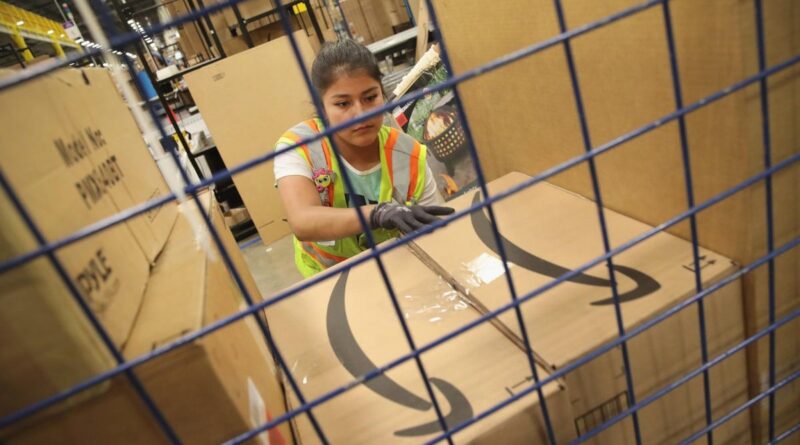 Amazon warehouse workers in New York may finally have some legal reprieve from the company’s alleged soul crushing AI-assisted productive quotas. Those quotas were partly responsible for harrowing accounts of Amazon workers last year admitting they felt pressured to pee in bottles to avoid performance penalties.

On Wednesday, New York Governor Kathy Hochul signed into law the Warehouse Worker Protection Act, which protects those warehouse workers from disciplinary action or firing for failure to meet undisclosed quotas or for quotas that don’t allow time for legally mandated meal and bathroom breaks. Employers will be required to both disclose and place limits on productivity quotas and provide its workers documentation detailing their productivity expectations. Why those weren’t already requirements is anyone’s guess.

New York’s law, which was written with input from Amazon’s first labor union, draws inspiration from a similar, first-of-its-kind California law passed last year. Though the legislation reportedly applies to organizations with 50 employees in a single warehouse or 500 workers statewide, the law really sets its sights on Amazon, which has seen a staggering rise in workplace injuries which some crickets attribute to overbearing quotas.

“The Warehouse Worker Protection Act enacts critical workplace safety measures and removes incentives for e-commerce giants like Amazon to engage in unsafe workplace practices,” New York Assembly member Latoya Joyner said in a statement. “This legislation brings much needed transparency of the use of burdensome quotas and enhances worker protection. I truly appreciate Governor Hochul signing it into law.”

Major unions like the Teamsters also applauded the law which they said was necessary to combat new danger posed by Amazon’s rapid growth.

“This is a real victory in our continuing fight for rights and collective bargaining for all warehouse workers so they have a voice on the job and can protect themselves,” Teamsters Joint Council 16 President Thomas Gesuald said.

In an email, Amazon spokesperson Kelly Nantel told Gizmodo that while the company agrees with the state’s goal, they believed the legislation was “based on a misunderstanding,” of Amazon’s performance metrics.

“Amazon does not have fixed quotas at our facilities. Instead, we assess performance based on safe and achievable expectations and take into account time and tenure, peer performance, and adherence to safe work practices,” Nantel said. “While we know we aren’t perfect, we are committed to continuous improvement when it comes to communicating with and listening to our employees and providing them with the resources they need to be successful.”

Regardless, the new legislation could come face to face with Amazon’s so-called “time off task” performance metric. Critical Amazon employees claim those extreme metrics were responsible for workers skipping breaks and obtaining injuries. Leaked documents from The Verge revealed Amazon used AI models to track the rates of employees productivity and then move to terminate workers who weren’t up to snuff. Following public backlash, Amazon announced changes to that metric to average its productivity measurements over a longer period of time.

The new laws come just months after the Department of Labor and Federal Prosecutors in the Southern District of New York launched an investigation into workplace safety and workplace hazards at Amazon warehouses.