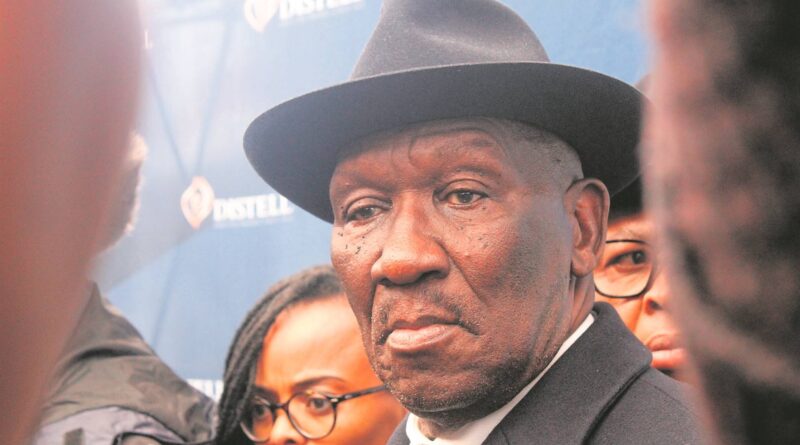 Police Minister Bheki Cele has been accused of contradicting himself when asked why President Cyril Ramaphosa’s now infamous Phala Phala game farm in Limpopo was not under protection by the police.

On Wednesday, Cele was in the National Assembly for a question-and-answer session.

But Cele’s oral answers were not in sync with his written replies. This was the charge made by DA MP Andrew Whitfield, who again asked Cele about the security at Phala Phala.

“Section 12 of the Presidential Handbook is clear in 12.1, where it says that the SAPS takes full responsibility for the security of the president, which includes static protection at all official and private residences and office accommodation used from time to time during their term of office,” he said.

Furthermore, Whitfield said: “In reply to a recent written parliamentary question regarding whether SAPS was on duty at Phala Phala at the time of the robbery you said that they were not. In the same reply, you stated that they were deployed there following the robbery and we know from the presidential handbook that they should have been there in the first place.”

“As operations that is [are] not necessarily now and again reported to the national commissioner, what one would know is that wherever the president is, whether home or any other place, he would be protected. One would assume that there were members of the police in that particular area as one knows that the matter was reported to the head of the PPU. That would be my answer,” he said.

In July, Cele, in the written response to Whitfield, said the farm was not under the police’s protection at the time of the burglary.

On 1 June, the former director-general at the State Security Agency and the commissioner of correctional services, Arthur Fraser, opened a kidnapping and money laundering case against Ramaphosa, Presidential Protection Unit head Major-General Wally Rhoode, and Crime Intelligence members for allegedly concealing a burglary at Phala Phala in February 2020. According to Fraser’s affidavit, Ramaphosa had at least $4 million in cash that was stashed in a couch at his game farm – and then played a part in a cover-up following an allegedly illegal investigation into the matter.

News24 recently reported that burglars stole an estimated $600 000 in cash from Ramaphosa’s farmhouse – far less than the millions of dollars initially speculated to have been taken.

“The relevant Director of Public Prosecutions (DPP) office will commence assessing the evidence once the case docket is formally handed over by the Directorate for Priority Crime Investigation (DPCI),” Lamola said.

“The matter is still under investigation. It might go to the NPA, depending on the outcome [of the investigation],” Lamola said.

“It is not on the table for the NPA to make an assessment.”

He also warned political parties not to pressure the NPA, as this could be regarded as trying to influence prosecutions.

He said that, in September 2020, the Department of International Relations and Cooperation (Dirco) forwarded a request received from the Republic of Namibia for mutual legal assistance (MLA) in the matter Noordoewer CR 14/06/2020 to the Department of Justice.

“Honourable Members should note that, when this MLA was requested, it was not known to the officials that it had any link to Phala Phala,” said Lamola.

In October 2020, the justice department forwarded the request to the Specialised Commercial Crime Unit (SCCU) of the NPA for its consideration.

After the SCCU informed the department that the request may be processed, it was allocated to an official of the international legal relations chief directorate, who perused the request to establish whether the requirements of the International Cooperation in Criminal Matters Act were met.

“The official concluded that the request did not meet the requirements. A letter in this regard was compiled by the official, setting out the inadequacies and requesting that an amended request be forwarded to DoJ&CD. The letter was forwarded to Dirco for onward transmission to the Namibian High Commission.”

In August 2021, Dirco forwarded the letter and note verbale to the Namibian High Commission, who acknowledged it.

After the Phala Phala bombshell dropped, the director-general of the justice department, on 14 July 2022, approved and signed a letter addressed to the Namibian Central Authority to advise them of abovementioned events, and indicating South Africa’s willingness to continue rendering the necessary legal assistance to the authorities in Namibia regarding this matter.

“To date, the DoJ&CD did not receive an amended request or any response from the Namibian authorities,” said Lamola.