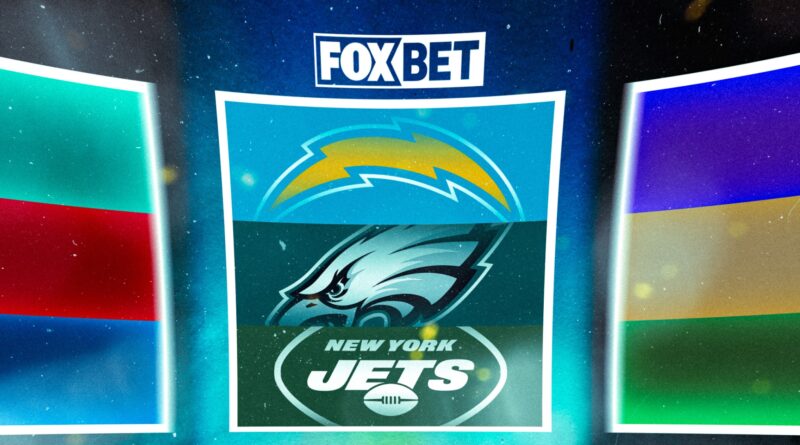 There are only three weeks left until the end of the NFL’s regular season, yet there is still a lot to be determined.

Six teams have clinched a playoff spot, while five teams have already been eliminated. That means there are still 21 teams in the hunt, and all eight teams on this week’s slate have either clinched or are alive and kicking for a spot.

The biggest game on the docket is the Eagles-Cowboys matchup, which may determine the top seed in the NFC East.

Also included are my New York Jets, who yet again, find themselves as one of my favorite picks of the week.

So without further ado, here are my best bets for Week 16 (with odds via FOX Bet):

Robert Saleh defends Zach Wilson despite struggles and benching him

Zach Wilson will start again for the New York Jets against the Jacksonville Jaguars after ruling out Mike White with a rib injury.

If you’re reading this, you presumably are tracking line movement all week (QB situation), and how’s this for you: The Jets aren’t expected to get Mike White back from his rib injury, and Zach Wilson is expected to start. When the team announced it Tuesday morning … the market didn’t budge. The Jets are still 1-point favorites at home against the surging Jaguars. Hmm.

Jacksonville lost LT Cam Robinson for the season, which might be bad news against the Jets, who have a relentless pass rush. The problem is defensive tackle Quinnen Williams was injured last week, the pass rush fell apart and they couldn’t sack Jared Goff once. It’s unclear if Williams will return this week.

The Jags can win out and make the playoffs; the Jets need to win out and get some help. This is essentially an elimination game. I’d had an incredible run betting the Jets ATS this season before the difficult Detroit result, a game they led with two minutes left and just needed a 4th-and-1 stop on.

The number has come crashing down from 42 to 37.5. The public is all over Jacksonville, but the line isn’t moving. I’ll fly with the Jets again.

Colin Cowherd reveals his Top 10 teams heading into Week 16, including the Detroit Lions.

The Lions have covered seven straight games, and they’re firmly in the playoff mix. They have to go outdoors again, where Jared Goff has just three TD passes in six non-dome games.

The run defense totally bottled up New York (22 carries, 50 yards), and if it can do that to Carolina, the Panthers’ offense will struggle.

Detroit laying points on the road is fascinating – this is, after all, a Lions team that nearly just lost to the Jets. And temperatures are expected to be below 30 degrees, maybe dipping into the teens. Sam Darnold was roughed up last week by the Steelers, and if Carolina can’t protect him against Aidan Hutchinson, it will be another long afternoon.

Jared Goff last threw an interception on November 6th, and he hasn’t been sacked in three of his last five games. Can the good fortune continue?

I think the Panthers will keep this one close, as they’ve looked competitive the last few weeks. Look for Goff to struggle on the road and in the cold. The clock strikes midnight for the Lions.

PICK: Panthers (+3 at FOX Bet) to lose by fewer than 3 points (or win outright)

Joy Taylor believes if Jalen Hurts misses more than one game due to his shoulder injury it will have a negative impact on his chances for NFL MVP.

Jalen Hurts will likely miss this game, which has moved the spread from Cowboys -1 to Cowboys -6.5 on most sites, including FOX Bet. Is that too much of a move? Gardner Minshew, the backup, is a four-year veteran who has never started a game with this much offensive firepower behind this strong of an offensive line. The move is an overreaction, I’d expect some buy-back on Philly.

It’s no surprise this total has come down from 50.5 to 46, as Dallas may struggle to put up points, and the Eagles offense won’t be as lethal without the dual threat Hurts at QB.

I’ll take the points and the Under.

PICK: Eagles (+6.5 at FOX Bet) to lose by fewer than 6.5 points (or win outright)
PICK: Under 46 points scored by both teams combined at FOX Bet

Nick Wright evaluates whether Saturday and owner Jim Irsay decided to tank or not.

Remember when the Jeff Saturday tenure started with a stunning victory over the Raiders? Since then, they lost close ones to the Eagles and Steelers, and then were blasted by Dallas and blew the biggest lead in NFL history in a road loss to Minnesota.

In the last two games, the Colts have been outscored by a whopping 55-0 in the fourth quarter. Winning time has been losing time. And now Jonathan Taylor is out for the season.

This line has gone up from -2.5 to -4, and it’s tough to imagine taking the Colts here, especially with the Chargers getting healthier. Derwin James and Joey Bosa are expected to return. Bosa hasn’t suited up since Week 3, and if he is healthy, look out.

The Colts may have scored 36 points against the Vikings, but they only had 4.3 ypp, one offensive touchdown and one explosive play. LAC should take care of business.

Jason McIntyre is a FOX Sports betting analyst, and he also writes about the NFL and NBA Draft. He joined FS1 in 2016 and has appeared on every show on the network. In 2017, McIntyre began producing gambling content on the NFL, college football and NBA for FOX Sports. He had a gambling podcast for FOX, “Coming Up Winners,” in 2018 and 2019. Before arriving at FOX, he created the website The Big Lead, which he sold in 2010.