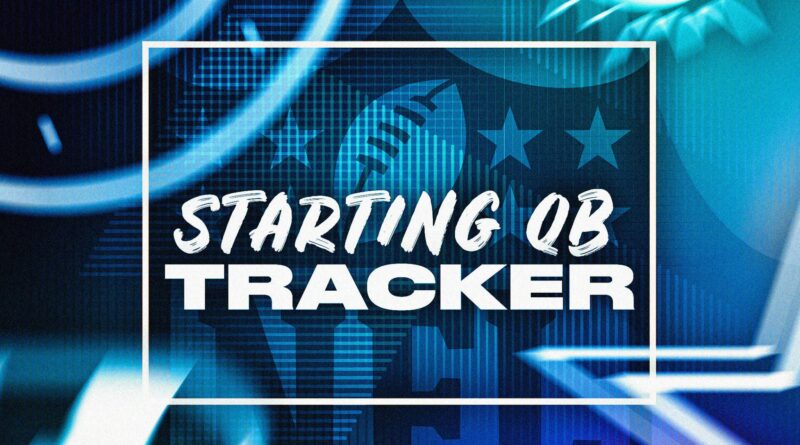 There are a handful of NFL teams with quarterback competitions this summer.

With the preseason in full swing, let’s dive into where the league’s quarterback battles stand.

Carroll was asked Tuesday if Drew Lock, who is expected to see a lot of action in the team’s preseason finale against the Cowboys on Friday night, could catch Geno Smith in the quarterback competition. The gist of his long response: He’s “open to whatever.”

The longtime coach then reiterated he isn’t committed to announcing a starter soon, either. With more than two weeks between the exhibition and the season opener, Carroll might use all of that time to determine who gets the Week 1 nod, stressing that he still wants to see more of Lock.

“I can go ahead and just call it, but I want to let guys battle and show where they are and let us get as much information as possible,” he said. “Geno has a done a really good job of being in that position. His voice is solid. He’s on point all the time. He’s been very consistent with his work and all of that, and Drew has been really sharp.

“I know it’s not supposed to be a good situation when you have two quarterbacks, and it means you don’t have one is the old saying, but I don’t know, we might have two No. 1s. We’ll see what happens.”

Lock returned to practice Sunday after a bout with COVID-19. The fourth-year QB alternated first-team reps with Geno Smith. Lock was supposed to start this past Thursday against the Chicago Bears. Those plans were foiled, however, by Lock testing positive. It robbed the 25-year-old QB of a critical opportunity to push Smith for the starting job.

Earlier Tuesday, Lock got extended reps with the first team in practice and had two notable completions to Tyler Lockett and DK Metcalf.

Since trading Russell Wilson to the Denver Broncos, the Seahawks have had a fluid quarterback situation with Lock and Smith, who started three games for Seattle last season when Wilson suffered a finger injury. The situation remains all the more fluid after the team’s loss to Pittsburgh.

Serving as the team’s starter, Smith finished the game with 101 passing yards on 10-of-15 passing while also running in a 2-yard touchdown. The veteran appears to have the upper hand in the quarterback battle given his familiarity with the Seahawks’ offense; Smith, 31, is entering his fourth season with Seattle.

On the other hand, Lock finished the game with 102 passing yards and two touchdowns on 11-for-15 passing. The fourth-year quarterback started on and off in Denver, occasionally flaunting starting potential.

Pickett received more snaps in the Steelers’ 16-15 win against the Jacksonville Jaguars on Saturday. While playing against better competition, Pickett had a productive day, completing 6-of-7 passes for 76 yards and one touchdown with a 151.5 passer rating.

While Mitchell Trubisky got the starting nod, coach Mike Tomlin made it a point to play the rookie alongside the first-team offense.

“We simply want to see Kenny in more varsity action,” Tomlin said. “We know more about Mason [Rudolph]. Mitch has been around the professional game, obviously. So, this is a big week for [Pickett] in terms of maybe getting in the first half of this game and I would imagine getting the opportunity to see frontline defenders for Jacksonville.”

Pickett has still mostly taken snaps with the Steelers’ second unit in practice.

Trubisky started the Steelers’ first preseason game against the Seattle Seahawks, leading Pittsburgh on an opening-drive touchdown. The drive was capped off by a 13-yard touchdown pass to Gunner Olszewski. Trubisky finished the night 4-for-7 on passing attempts with 63 yards and the touchdown.

Rudolph, entering his fifth season with the Steelers, picked up where Trubisky left off, completing 9-of-15 passes for 93 yards. His night was highlighted by a 26-yard touchdown pass to rookie wide receiver George Pickens.

Pickett, the No. 20 pick in the 2022 draft, had a sparkling debut. The University of Pittsburgh product finished the night with 95 passing yards and two touchdowns on 13-for-15 passing, taking what the defense gave him. Pickett’s efficiency potentially tightens Pittsburgh’s quarterback competition.

“They moved their units,” Mike Tomlin said of his QBs. “They did the informal things associated with the position from a leadership and communication standpoint. They were engaged. It was a good first time out for all three.”

Carolina’s Matt Corral likely out for the season

Rookie QB Matt Corral suffered a “significant” Lisfranc injury late in the Panthers’ second preseason game against the New England Patriots this past Friday. Coach Matt Rhule said afterward that he expects the third-round pick to miss the season.

Corral threw for 58 yards on 9-of-15 passing and no touchdowns before exiting.

He was one of four candidates for the starting quarterback spot entering camp, along with Baker Mayfield, Sam Darnold and P.J. Walker. Mayfiled and Darnold were rested in Carolina’s 20-10 loss to the Pats. All four QBs played in the team’s preseason opener against the Washington Commanders, with the veterans holding their own.

Mayfield, who was recently acquired from the Cleveland Browns, started for the Panthers and finished with 45 passing yards on 4-for-7 passing. Darnold, the team’s primary quarterback in 2021, was impactful in brief reps. The fifth-year quarterback was 2-for-3, including an 8-yard touchdown to Rashard Higgins. Walker, whose roster spot is in jeopardy given the team’s acquisition of Mayfield, got the most playing time of the bunch, throwing for 136 yards on 10-for-19 passing.

Head coach Rhule said he wouldn’t name a starter until after the team’s Aug. 19 matchup with the New England Patriots.

Mayfield and Darnold seem like the front-runners to start, however, given Mayfield’s four years of experience starting for the Browns and Darnold entering his second season with the Panthers.

“They were both in command,” Rhule said of Mayfield and Darnold. “Sam got us in the end zone, Baker led us down the field, so it looked like both guys played well in terms of production. We’ll go back and look and see where they are.”