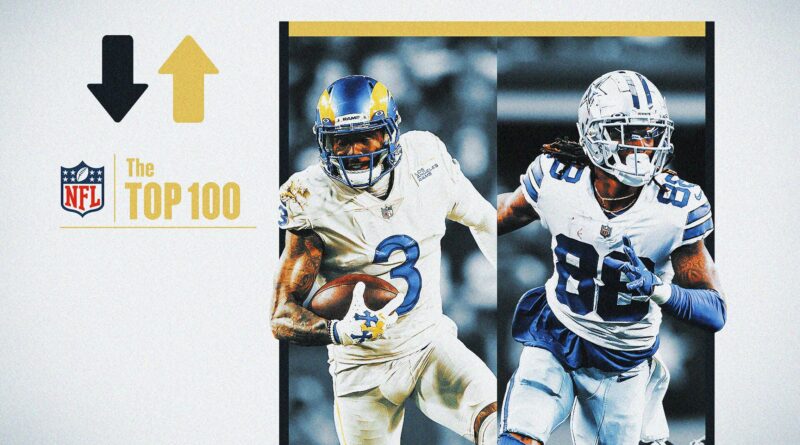 The newly released NFL Top 100 Players list is the talk of the town this week, and many eagle-eyed fans are zeroing in on the rankings of two star wide receivers: current free agent Odell Beckham Jr. and CeeDee Lamb.

Lamb, who is entering his third season with the Dallas Cowboys, made it onto the NFL’s highly coveted list for the first time — checking in at No. 95. OBJ, who remained a free agent after playing a key part in the Los Angeles Rams’ Super Bowl run but is sidelined by an ACL injury, ranked five spots ahead of Lamb at No. 90.

This sparked debate on whether OBJ, a three-time Pro Bowler but now 29 years old, should be ranked above the 23-year-old Lamb, who seems primed for a breakout season as the Cowboys’ bona fide No. 1 receiver.

On Monday’s “Undisputed,” Skip Bayless explained why he disagrees with Lamb’s being ranked lower than OBJ, noting Pro Football Focus graded Lamb the 10th-best wideout in the NFL last season and Beckham 64th. The NFL’s list is compiled based off votes from active players around the league.

“They’re just going on reputation and friendship because Odell’s a great guy,” Bayless said. “You know him, you’re close with him. Way to go. He’s got a big, good heart. He has real aura. He has mystique. He has ‘it’ factor. I get all that. …

“The Dallas Cowboys finished No. 1 in the NFL in points scored and No. 1 in yards gained and No. 1 in almost every receiving category across the board was CeeDee Lamb — not Amari Cooper. He quietly emerged last year as a No. 1 receiver. This year, he’s going to show up and show out as a top-10 receiver. He’ll be top five by the end of the year.”

Skip Bayless explains why Lamb should be ranked higher than OBJ.

With Michael Gallup still recovering from an ACL tear and James Washington now out 6-10 weeks with a broken foot, Lamb will undoubtedly lead Dallas’ receiving corps and hopefully — for Cowboys fans’ sake — be the star of the show this season.

On the other side, Shannon Sharpe isn’t convinced that Lamb deserves to be ranked over OBJ after just two solid seasons under his belt. He thinks the players got it right.

“They would rather have an Odell Beckham, who got released, because he’s that dude,” Sharpe said. “He still is, and had he not gotten hurt we already know how this story would end. It’s really not that complicated. … Just because [Lamb] wears a Cowboys jersey, just because it’s the No. 88 Cowboys jersey — that [doesn’t] make him Michael Irvin. That doesn’t make him Drew Pearson. The player makes the number.”

OBJ reeled in 17 catches for 232 yards in six games with the Browns before being released and signing with the Rams midway through last season. He totaled 27 receptions for 305 receiving yards and five scores in eight games with L.A.

Beckham Jr. was even better in the postseason, finishing with 21 receptions for 288 receiving yards and two scores. That total includes two crucial catches — including one for a score — in the Rams’ Super Bowl LVI win over the Bengals.

Despite the success, OBJ won’t be healthy enough to hit the field soon. The former Pro Bowler has been absent from training camp this offseason while recovering from the ACL surgery he had in February after reinjuring his left knee during the Super Bowl.

Six months later, OBJ remains a free agent, and where he ends up remains a mystery.