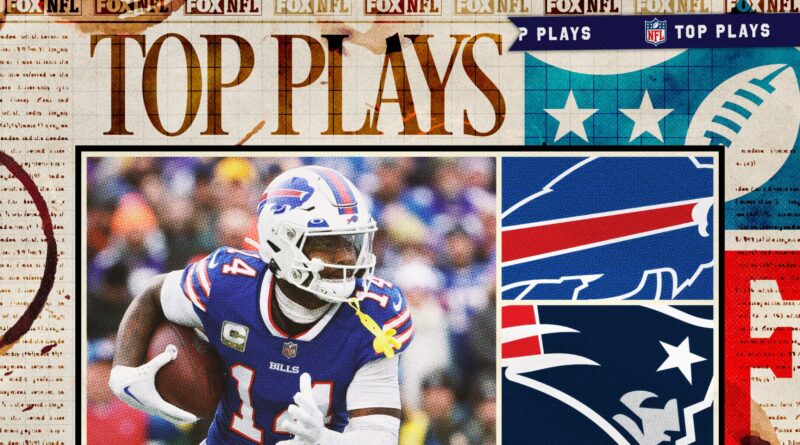 Week 13 of the NFL season kicked off Thursday with a highly anticipated matchup featuring Mac Jones and the New England Patriots playing host to Josh Allen and the Buffalo Bills in Foxborough, Massachusetts.

Coming out of a decisive win by Buffalo, the Bills (9-3) moved to first in the tight AFC East, while the Patriots (6-6) remained in last.

The Bills’ opening drive nets a field goal. Check out this tricky flick by Allen to Nyheim Hines to set it up:

After going three and out on their first possession, the Pats advanced at will on their next one. It culminated with Mac Jones completing a short pass to converted defensive back Marcus Jones, who did the rest.

James Cook charges through the middle of the field for a gain of 28 yards to make it to the Patriots’ 15.

Allen finds Stefon Diggs in the deep corner of the end zone for a touchdown, giving the Bills a 10-7 advantage.

Sprinting toward the sideline, Allen manages to fire off a pass mid-air before falling out of bounds, and Gabe Davis makes the touchdown catch to increase Buffalo’s lead to 10.

Moments after a Bills TD was negated by a holding penalty, Josh Uche strips Allen and the Patriots recover. That set up a field goal just before halftime to make it a 17-7 game.

Jordan Poyer came flying in to intercept the ball on the sideline, but upon review, the play was overturned. The score still stands at 17-7.

After a nine-minute drive in which Allen ran the ball to the Patriots’ 1, Devin Singletary punches it home for a touchdown, bringing the Bills’ lead to 24-7.

A.J. Epenesa thwarted a long Patriots drive with a big sack of Jones as the game neared its end. New England settled for a field goal to bring the score to 24-10, which is how things ended.