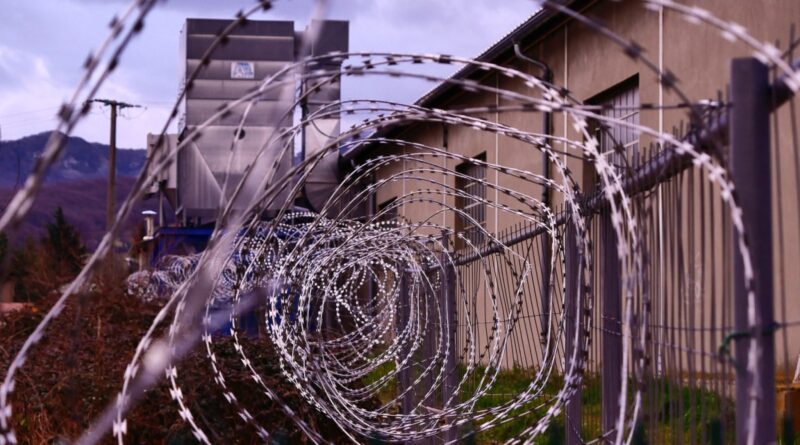 PREMIUM TIMES has seen photos of the fallen walls of the prison facility. The pictures show prison officials standing on the rubbles from the broken walls.

Three inmates have allegedly escaped from the Agbor Custodial Center in Delta State after a side of the prison perimeter fence collapsed due to heavy rains Tuesday morning.

Insiders told PREMIUM TIMES that the inmates took to their heels after the rains caused the fall of the northern perimeter wall of the prison facility.

Correctional guards, army, and police officials have, however, been deployed to bring back the inmates and prevent others who might want to take advantage of the situation to escape the custodial center.

“Agbor Custodial Center locks 293 inmates with an installed capacity of 173,” our source, an official, said.

PREMIUM TIMES has seen photos of the fallen walls of the prison facility. The pictures show prison officials standing on the rubbles from the broken walls.

It was gathered that the incident has now made the facility porous to attacks and possible escape of more inmates. This situation has caused fears among the prison officials, insiders said.

Francis Enabore, the spokesperson of the Nigerian Correctional Service (NCoS), confirmed the collapse of the wall to PREMIUM TIMES. He, however, denied that inmates escaped from the Delta prison facility.

“I can confirm the incident,” Mr Enabore told PREMIUM TIMES. “But what actually happened is that a part of the wall of a perimeter fence collapsed due to heavy rainfall. The inmates are all intact, with no injury and nothing. I just finished speaking with some of the officials and they told me things were under control.”