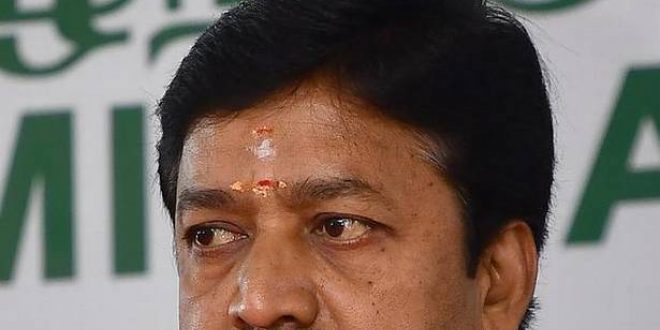 Former Minister and Villupuram North district secretary of the AIADMK, C.Ve. Shanmugam, on Thursday said that the party’s former interim general secretary V.K. Sasikala was only indulging in wishful thinking on her claims of returning to active politics and said that neither she nor her family members would be allowed into the party ever.

A resolution condemning Ms. Sasikala’s claims was passed at a meeting of the party unit here.

Speaking to reporters, Mr. Shanmugam said that Ms. Sasikala had no place in the AIADMK. Her basic intention is only to take over the party and plunder the organisation and she has been resorting to drama of making calls to her supporters over her return to active politics, he said.

“No worker or rank and file in the party would brook her return to the AIADMK. It was only because of her objectionable machinations that former Chief Minister Jayalalithaa had to bear all the consequences and face imprisonment,” he charged.

Ms. Sasikala is not basically a member of the AIADMK and hence all her claims are unjustified, Mr. Shanmugam added.

Our code of editorial values