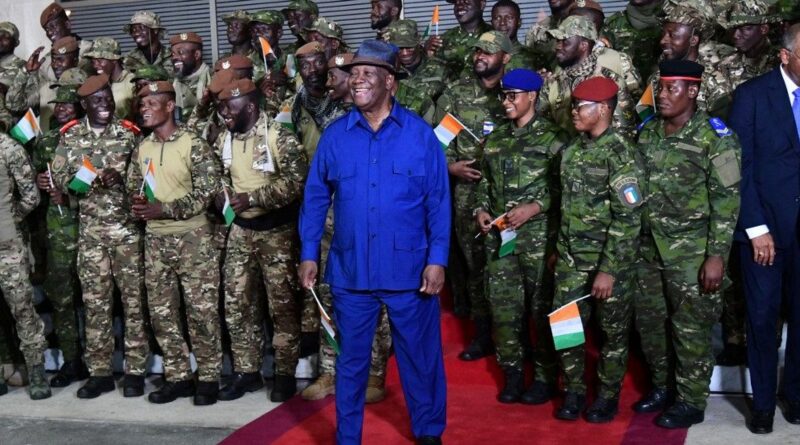 After their plane landed at 11:40 pm (GMT) the uniformed soldiers disembarked one by one, each brandishing a small Ivorian flag.

They were greeted by President Alassane Ouattara before entering the presidential pavilion at the airport where their families were waiting for them.

“I would like to express on behalf of the entire group our deepest gratitude for all that has been undertaken for our return home,” expressed Lieutenant Adam Kouassi, one of the soldiers previously detained by Malian authorities.

With the pardon and the return of the troops, tensions between the neighboring countries are calming down as President Ouattara wishes to move on from the diplomatic spat.

“Obviously, now that this crisis is behind us, we can resume normal relations with the brother country of Mali, which needs us and which we also need. The Malians are our brothers,” added the Ivorian president.

The soldiers had previously been detained in Mali since July 2022 and sentenced to 20 years of prison for conspiracy against the government until they were pardoned.

Mali had accused them of being mercenaries, while Ivory Coast and the United Nations say they were flown in to provide routine backup security for the German contingent of the UN peacekeeping mission.