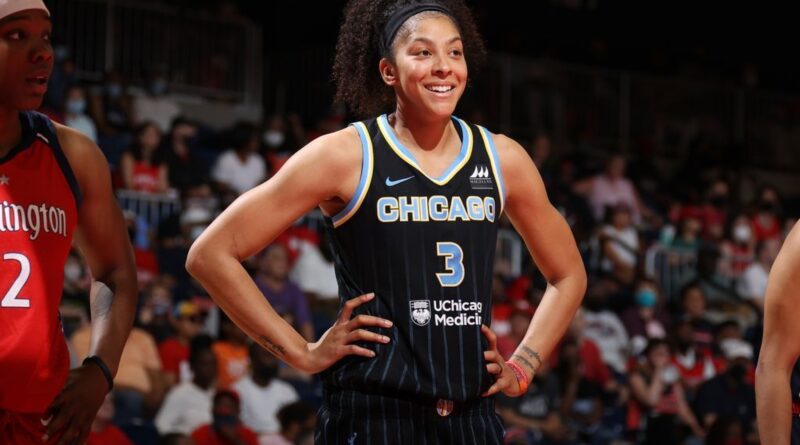 Chicago forward/center Candace Parker has long prided herself in being a playmaker as a post player, and on Sunday, she became the oldest player in WNBA history to record a triple-double.

The Sky moved to 3-2 overall as Parker became the third player in league history to have more than one triple-double. She joined Sky teammate Courtney Vandersloot, a guard, and retired Hall of Famer Sheryl Swoopes, a guard/forward.

Like Parker now, Vandersloot and Swoopes each have two triple-doubles; in their cases, one was in the regular season and one in the playoffs. For Parker, both have been in the regular season; her first was July 28, 2017, when she was playing for the Los Angeles Sparks.

Swoopes, whose triple-doubles were in 1999 and 2005 with the Houston Comets, was the previous oldest player to record a triple-double in the WNBA, recording her second one when she was 34. Swoopes was a three-time MVP, and Parker has won that honor twice.

“It means a lot,” Parker said. “To be in the company of Sloot, who is going to end her career probably leading the league in assists, and then Sheryl Swoopes — I grew up watching her play, and just idolizing her.

“I’ve always [been] the person who was like, ‘Posts can dribble, too, and posts can pass, too.’ I hope that coaches are watching. I hope that the game is evolving. We’re gonna see more and more triple-doubles.”

Vandersloot got her second career triple-double last season in the playoff semifinals as the Sky were on their way to the franchise’s first championship. Her first was in 2018.

On Sunday, Vandersloot was aware that Parker was just one assist away from the milestone. Vandersloot called her own number to make the basket that would give Parker that 10th assist, which came with just 21.2 seconds left.

“She told me to [pass to] her and she was going to make the layup,” said Parker, who came to Chicago as a free agent last season. “She was adamant about me getting my 10th assist. That’s why I love this group. We play for one another, we get hyped for others’ successes, and we celebrate it.”

Coach James Wade said, “It’s just a special moment. It’s amazing, the chemistry those two have. Courtney had to make a tough layup. … I just appreciate coaching both of them.”

Parker’s triple-double was the big story of the day for the Sky, but they also celebrated the return of guard/forward Kahleah Copper, who played her first game of the WNBA season after recently winning the Spanish League championship.